Mockingbird made her a child star. Now she’s on the Broadway Tour. 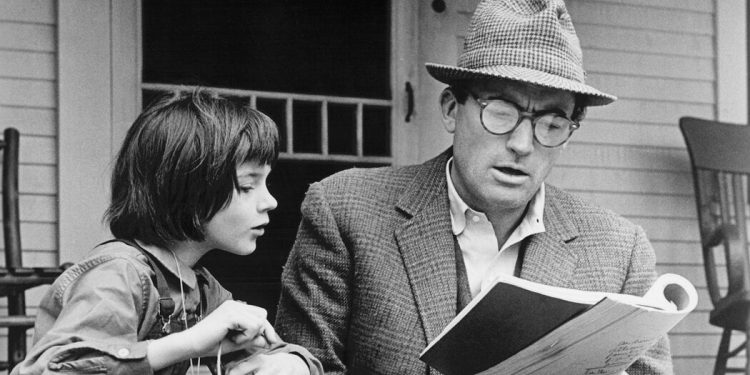 Mary Badham describes herself as “just a retired old lady who enjoys being in her yard and playing with her grandchildren.”

But in 1962, she was a child star and captivated the nation with her Oscar-nominated portrayal of Scout, Atticus Finch’s daughter, in the film version of “To Kill a Mockingbird.”

Now, six decades and many careers later, she helps to dramatize the story again, this time from a different point of view. Badham, who has never worked as a stage actor before, is now rehearsing for a national tour of the Broadway production “Mockingbird” in which she will play Mrs. Dubose, Scout’s vile and morphine-addicted neighbor.

“I’m going full circle,” Badham said in an interview. “This is something I never thought about.”

Badham, now 69, is still a little fuzzy on how this happened. She says she got a call from the production out of the blue and invited her to audition. The play’s director Bartlett Sher said Badham’s name had come up while brainstorming for the tour and the casting team tracked her down; he said as soon as he saw her do a workshop, he knew she could do it.

“She hasn’t been on stage, and that was a big adjustment for her, but she’s going to be amazing – she’s got a bright, blazing intelligence, and a good listener and sharp acting and all the things you need to be a great actor Sher said. “And it was incredibly fascinating – I’ve never had an experience like this, to have this voice out of the cultural history of the work we did, and to see how we’ve changed and how she’s been. It was wonderful to have her in the room.”

Badham has always been a bit of an accidental actor. She had no experience when a talent scout showed up in Birmingham, Ala., where she lived, looking for a Southern girl to star as Scout in the film adaptation of Harper Lee’s Pulitzer Prize-winning 1960 novel about a white Alabama lawyer – Finch – who agrees to represent a black man charged with rape. Badham’s mother performed at the local theater and her brother (who became a film director) attended drama school; she passed a screen test and before she knew it, she was in California, performing alongside the actor Gregory Peck, who became an important mentor and friend.

“I had no idea what was going on – I was just playing,” she said. “I don’t even think we have complete scripts because there were certain words and things that were deemed inappropriate for kids to hear. I had no idea what the movie was about until we went to premieres, and then we were all in tears.”

In the decades since, Badham has worked in cosmetics sales, became a certified nursing assistant, and even made the occasional appearance on film and television. She never became a great animal vet—her desire to have children—but along with her husband and two children, she made a farm in Virginia her home. “I’ve always wanted to live on a farm and have horses and animals, and we’ve had that over the years,” she said.

“I’m not an actor,” she added. “Acting is something that just happened to me.”

She said she finds it difficult to watch the film “because all my friends are gone now – there are only a few of us left.” But most of the time she says yes when she gets new Mockingbird opportunities; she has talked about the story in schools, universities and social clubs for decades. “‘Mockingbird’ has been my life,” she said.

“It’s just weird, and I’m putting it to the guy upstairs — I just feel like he’s got something he wants me to say, and he’s picked me to say it and keep saying it,” she added. to. “My job was to keep this story alive and get people talking about it so we can try to move forward with all these problems that we still have.”

And what is the message of “Mockingbird?” “We should try to learn to love each other and be good people,” she said.

The show’s tour, led by Richard Thomas as Atticus and Melanie Moore as Scout, kicks off March 27 in Buffalo and kicks off in Boston on April 5, followed by runs across the country. Written by Aaron Sorkin, this adaptation opened on Broadway in 2018, had a wildly successful run before the pandemic, and sold strongly again when Jeff Daniels returned to lead the cast as Atticus Finch. When Daniels took off and the Omicron variant took off, the show announced it would be on a nearly six-month hiatus, with a scheduled resumption at a smaller theater on June 1. A production in London is scheduled to begin with performances on Thursday.

Badham said she was concerned about whether or not to play Ms. Dubose because the character uses racist language to describe black people. “I really had a problem accepting this role, because I have to use the N word, and I have to be this horrible, bigoted, racist person,” she said. “I went to my African-American friends and said, ‘Do I want to walk around in this awful old lady’s skin?’ And they said, ‘This is important. This is part of the story. You have to go out there and make her as mean as you can, and show her what it was like.’”

Badham also said she believes Ms. Dubose’s character, as a morphine addict, is important at a time when many Americans struggle with opioid addictions. “That gives me another facet of the story to focus on,” she said.

After a few weeks of practice, she said she felt more comfortable.

“It’s scary – I’m just telling you, I’m terrified every time I have to open my mouth, and I had no idea I’d be on stage so many times,” she said.

But, she said, she can feel the presence of others who have told the story before, and that strengthens her. “I feel like they’re with us and supporting us,” she said, “because they know this needs to be said.”