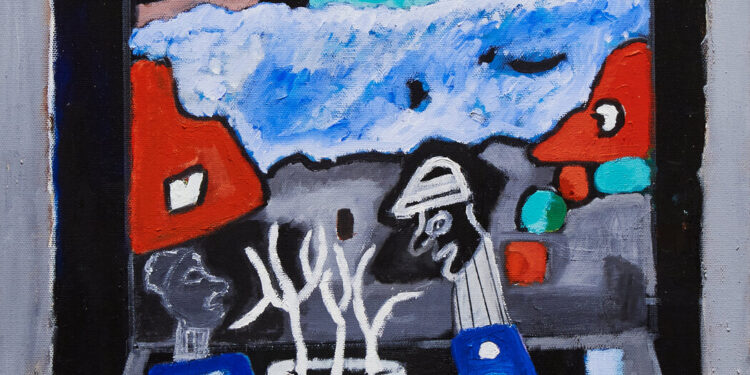 THE BAR IN THE TWILIGHT: Stories, by Frederic Tuten

In ‘Lives of the Artists’, a short story in Frederic Tuten’s captivating new collection, a couple goes to Jean-Luc Godard’s ‘Bande à Part’, with a dance sequence that breaks in unexpectedly, ‘like a flowerpot emerging from a cloud. “

†A flower pot thrown from a cloud† would be a good way to describe the delights of “The Bar at Twilight”, which features appearances from artists and writers such as Delacroix, Montaigne, Hawthorne, Melville, Monet, Gauguin, Cézanne, and van Gogh.

This is not surprising from Tuten, who at the age of 85 has had a long and distinguished career not only as a fiction writer, but also as an art and film critic. Many of the stories are set in Europe, and there is a strong vein of francophilia running through these pages. Characters who have never learned French suddenly start speaking “that sex-infused language where a noun sounds like a flirt”. Even horses break into it, as do gorillas, who “beat their chests and cursed French in the gutter”.

Readers seeking the solace of a more traditional story will find a few gems. “Winter, 1965” is a beautiful tribute to a long-lost New York city and to a literary world where short stories were posted in manila envelopes and a story plucked from the slush in a small magazine, a writer on the trail could lead to fame. The protagonist, a young writer whose story has been accepted by Partisan Review, finds himself in the company of Saul Bellow, Mary McCarthy and Robert Lowell, but discovers that his story is not in the edition for which it was intended. are in and probably not published at all.

“The restaurant. The concert. The bar. The bed. Le Petit Dejeuner” is set in more contemporary times (someone has a cell phone), but it also evokes an older, lost New York, where the bartenders at the Carlyle berated you for necking and muggers on Fifth Avenue called you “sir” as they relieved you were of your money. There are hints of Cheever in this story, and while the dialogue can be snappy and arctic (“Do you have a new perfume?” “Yeah, do you like it?” “Love it. Like rags soaked in a dying man’s urine “So good?” “Like a sewer overflow in Fez.” “No flattering”), what emerges is a bittersweet portrait of a marriage and a city that has survived physical and psychological ravages.

The other stories are less traditional, both narrative and domestic. There are husbands and wives, but whether they live together doesn’t seem to matter to them. What drives them is a desire for solitude (many of the characters have cats – companionship, as one character puts it, that’s “the same as being alone”) and a love of art. One character praises Cézanne for skipping his mother’s funeral to paint, and another loves gardens because of Proust, but feels no need to visit them because Proust has already taken him there. Like the centaurs who appear in one of the stories, whose “heads and thoughts are high to the dreamy stars” while their rears keep them to the ground, the people of Tuten are half on Earth, half in the ether, and often wins out the ether.

This can lead to a certain emotional abstraction, but the virtues of these stories more than make up for it. Tuten’s prose is always vital, often dazzling: “A helicopter hung, like a mosquito, in the icy membrane of the air.” A woman’s head emerges from her housecoat “like a white bean squeezed from its pod”. Paintings are turned against the wall ‘like punished students’. Sparrows sing “their dazed serenade”. Fire hoses vibrate “like flattened pythons.” A woman’s shopping bags, covered in snow, are ‘baby igloos’.

The final entry in the collection is a short essay, part paean to books and a life of reading, part aesthetic manifesto. In it, Tuten has a number of choice words for “sympathetic” or “related” protagonists, “the expected staples of standard edition fiction”, and he holds up Djuna Barnes’ “Nightwood” as a model for how it “follows the rules of normative – and predictable – fiction.”

Tuten could easily talk about his own work. “The Bar at Twilight” is neither prescriptive nor predictable, and it carries the soul-stirring impression.

Joshua Henkin’s most recent novel, ‘Morningside Heights’, is out in paperback. He directs and teaches fiction writing at Brooklyn College on the MFA program.