Once upon a time two lives collided 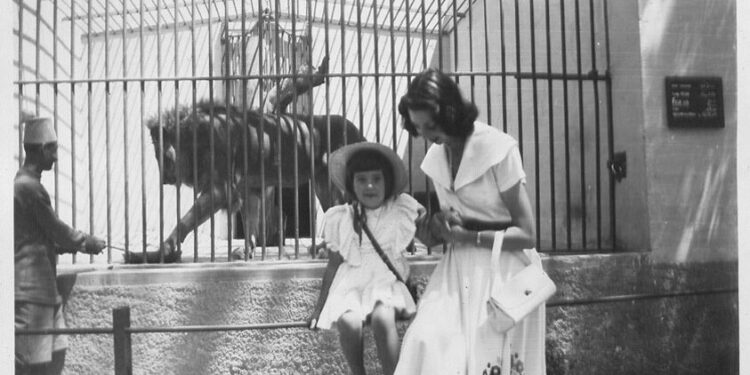 ESMOND AND ILIA: an unreliable memoir, by Marina Warner

How many of us have fantasized about the daily grind and opening a bookstore? In the immediate aftermath of World War II, this exact dream lured the father of writer and academic Marina Warner, Esmond.

After fighting in the desert campaign, “so long he began to feel at home in North Africa,” Esmond, an officer in the British Army, landed in Italy in late 1943. There, in the southern city of Bari, he met Emilia Terzulli. The youngest of four sisters, she was a dark-haired, 21-year-old beauty. Esmond was 15 years older and, moreover, an Anglican; nevertheless, they married in June 1944. He then sent her home to his parents in London, where she spent the rest of the war in the “stewed comforting nervousness” of their mansion, waiting for her husband to reclaim her, like a piece of luggage.

Warner is an expert in all facets of myth, legend and fairy tale, whose writings have explored everything from Ovid to the Brothers Grimm to the Arabian Nights. As such, it makes sense that even a personal work that tells eight years of her parents’ life should be seen as a tale of the power of stories, the clash of cultures, and the role of the heroine, told through lore, symbols and allegory.

For a young woman, raised in the Mediterranean sun, the strange smells of dull, damp London were an assault on Emilia’s senses: “Mouse droppings and rat’s nests, suet and soot, cabbage and cabbage water, Worcestershire sauce, lard, mustard, Marmite, chicory coffee.” Ilia, as Esmond learned to call her, was no stranger to hardship, yet in her new home she was cold, lonely, and homesick.

But even Esmond (who, in portraying his daughter, talks like a PG Wodehouse character, addresses Ilia as “old thing” and often ends his sentences with “what!”) struggled with the rigors of post-war England. He could find no purchase or destination on Civvy Street; until he accidentally came up with the idea of ​​moving to Cairo to open a branch of British booksellers WH Smith. During the war, he had described the Egyptian city as his “second home”—a “hunch,” Warner writes, of what awaited him.

Ilia gave birth to Marina in November 1946, and six months later they bundled up the baby and fled “cold, bomb-marked, soot-laden and ash-grey London” to sunnier, more multicultural places. Henceforth, if anyone wanted Esmond, a telegram addressed to “Bookman, Cairo” would suffice.

In telling the story of these early years of the couple’s marriage, Warner weaves together fact and fiction in the most dazzling and inventive ways. It’s sort of a stepsister to her 1988 novel, “The Lost Father,” in which an English archivist trying to unravel the mystery surrounding her Italian grandfather’s death creatively fills in the blanks in his story. Entire sections of “Esmond and Ilia” read like fiction, complete with dialogue and inner thought. Warner knows the cadence of her characters’ speech, certain phrases are presumably unearthed from memory, and a rich fantasy fills the rest.

The fallibility of the project is built in. You can never really know your parents’ life, Warner argues — or, for that matter, your own life before age 6 — but by embracing embellishment and misinterpretation, she elevates this family history into a work of art that is far more dense and delightful. is, both more erudite and more earthly than anything that meticulously adhered to the known facts could have been.

She wavers between narrator and character, observation and property. This delicate dance between the intimacy of “my mother and father” and the removal of “Ilia and Esmond” maps subtle shifts in perspective and captures the transition process through which historical matters turn into family histories. Given her area of ​​expertise, it’s no surprise that Warner spins such mesmerizing versions of the fables that support her own existence. But, broken through the prism of one marriage, also questions Britain’s waning power in a post-colonial world, ideas about the English language, and the immigrant experience.

While the story is told chronologically—starting in Italy and ending with the Egyptian Revolution of 1952, which led to the family’s dramatic departure from Cairo—there are plenty of digressions along the way. Chapter titles refer to objects from this vanished world: Ilia’s powder box; Esmond’s Box Brownie camera; nasturtium sandwiches. This catalog features a pair of Ilia’s custom-made women’s brogues, initiation items that “announced her life to come to the English countryside, her formal entry into the world of the squirearchy, hunting, going from point to point, the harriers, the beagles, the open gardens, the charity feast.” They also inspire a treatise on the history of the shoe and a consideration of ‘brogue’, as in accent.

Ilia’s journey – geographically and culturally, from Emilia Terzulli to Mrs Esmond Warner – is the beating heart of the book. Warner explains how the Egyptian pharaohs were buried with… shabtis“workers of the other world, who work on behalf of the deceased to provide for their needs and provide for their comfort forever.” She belongs to her mother shabti† her job is to “witness the arc” of Ilia’s life – although not always in the literal sense. Some of the most evocative images are ones Warner could never have seen: the wide-eyed war bride fresh from the plane, her dictionary in her Italian-English pocket in her handbag, her parents-in-law’s address in London scribbled on the piece of paper she was holding. firmly in her hand.

Although she was kindly received, this did not take away Ilia’s sense of alienation. Everyone addressed each other by pet names – “Mother Rat,” “Plum,” “Father Badger.” This was an England that still belonged to Old Etonians, all avid cricketers – “It’s not just any game,” Esmond insists at one point, but the “embodiment of what it means to be British” – with “claret- curdled guts, spiked with Stilton and harbor.” A world now lost, already in decline, Warner makes it feel as exotic as Cairo.

Ilia is roughly uprooted, but according to Warner it is Esmond who has more and more time: like a “ship in a picture of a great polar adventure when winter sets in and the pack ice closes around it, holding it tight and lifting it, as if the desire to move forward.” going could only bring it up, into a zone of dreams.” Post-war Cairo, then a cosmopolitan ‘Paris on the Nile’, allows him to enjoy his illusions a little longer, but a day of judgment is on the horizon, and when it comes, it shatters his worlds – both real as imagined – apart.

More than anything, “Esmond and Ilia” is a reckoning with loss – personal and public. Wandering among ghosts is a dangerous business, however, and the sensory memories it evokes, “the fumes of rose water, pistachios and powdered sugar of the Mouski, chlorine in the Club’s pool”, weave an intoxicating spell. “The desert dust gently powders the surfaces around,” Warner recalls. “Melting sugar in pans to make syrup. My mother’s dressing table glistens from the glass.” Ilia and Esmond aren’t the only ones drifting in the mists of time: in the midst of it all, a little girl watches her parents’ world go up in flames.

Lucy Scholes is a London critic.