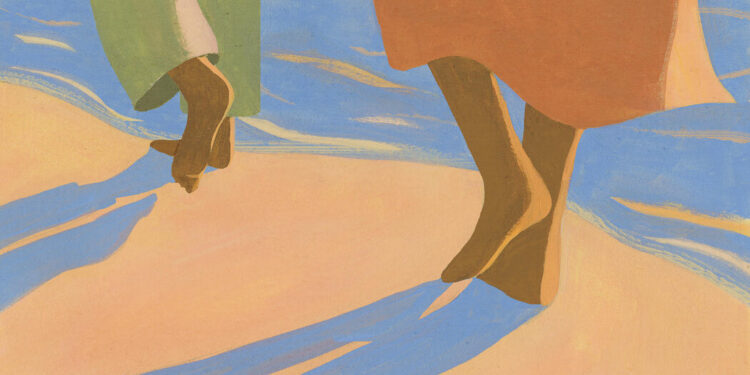 As I read, I thought of the famous motto of EM Forster’s novel “Howards End”, which reads: “Connect only …” Agnes and Polly, each in her own way, seek moral and philosophical connections as they try to discover the truths. reconcile their present lives with the past, often in flashes of poignant recognition. A scene late in the novel shows Polly looking in a mirror at the bump on her back, seeing “a person who had spent her life among others, acting as a counterbalance to ensure pleasure and peace.”

Later, Agnes has a similar moment of disjunction, reading a newspaper article about Fellowship Point’s planned development: “Would this happen if I wasn’t an old woman?” she says to Robert Circumstance, the younger local man who has been a surrogate son for her. “Would these men feel so free to ignore all my experience, wisdom and knowledge?”

The novel’s resolution—unexpected and yet, once we get there, satisfying and inevitable—is handled with such skill in its temporal stratification, that I had to tip my writer’s hat to Dark again and again. What first appears to be the story of two old ladies in Maine turns out to be a sophisticated exploration of the course of women’s lives, with time as an instrument of revelation, folding in on itself, opening up and revealing the multilayered histories of both Polly and Agnes as a means of showing some kind of existential truth:Nothing owes its existence to anything. And something owes its existence to nothing† When Polly tells this to her husband early in the novel, he dismisses it as too simple and intuitive to be taken seriously. His brusque dismissal is as telling as her excitement.

“Fellowship Point” is a novel rich in social and psychological insights, both serious and cunning, big ideas based on individual emotions, a portrait of a close-knit community made up of artfully drawn, individual souls. In the end, as Agnes sums it up: “There was no time to hold back, not in this short life where you only got to know a few people and had a real exchange with one or two.”

In other words, community is the point. Connect only.

Kate Christensen’s eighth novel will be published in 2023.