Primate communities are surprisingly complex. So are their gender roles. 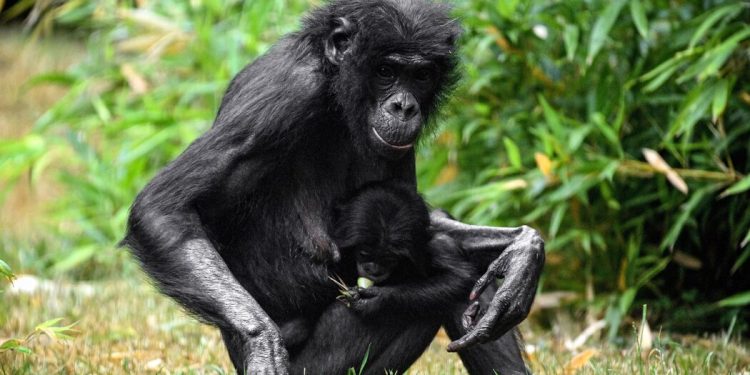 When De Waal states that male monkeys and men are both judged by the width of their shoulders, he doesn’t even footnote. After observing male chimpanzees exaggerate their size by letting their hair stand on end, he turns to menswear. “We also pay special attention to the shoulder width of men, which is why suits have shoulder pads,” explains de Waal.

Professor de Waal, I’ve got Joan Crawford on line one ready to talk to you. Joan Collins is on line two.

Sometimes De Waals feels evidence for a link between humans and other primates more like free association. When he talks about male violence against women, he claims that unrelated women can protect each other, just like female bonobos. “The #MeToo movement comes to mind. So does the Green Sari movement,” he writes.

“Different” would have benefited from less free association and more sustained argumentation. I wasn’t sure what to make of the fact that humans resemble chimpanzees in some ways and bonobos in others. After all, they are both equally related to us, belonging to a genus that split from ours about six million years ago.

When the Waal ventures further up the primate tree, things get even more confusing. In a chapter on parental care, he describes how tamarind fathers went to great lengths to raise young. (They can burn 10 percent of their body weight while carrying their children.) While we wait to learn what cotton tamarind fathers can tell us about human fathers, De Waal loses interest. “However, these monkeys are quite distant from us, making them less relevant to human evolution,” he explains, turning to gibbons. Will cotton top tamarins be mid-term?

We humans are also peculiar. We may not be as special as we’d like to think, but we’ve gone through some major changes since our lineage split from chimpanzees and bonobos. Our ancestors began to walk upright, lost much of their hair, developed large brains, and began to speak full language. It’s hard to tell from “Different” to what extent our lineages have been shaped by history before and after our split from our fellow primates.