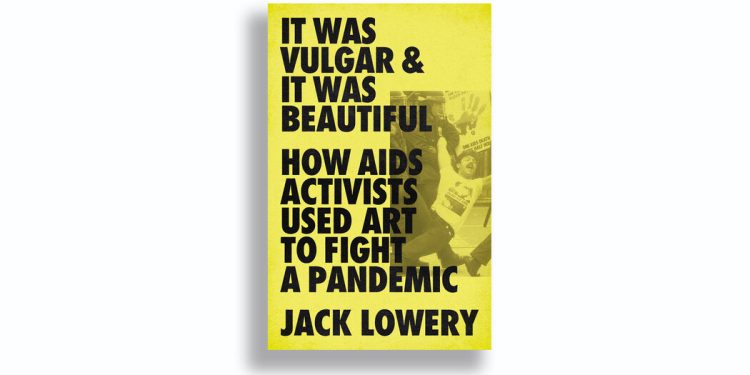 IT WAS FULL & IT WAS BEAUTIFUL
How AIDS Activists Used Art to Fight a Pandemic
By Jack Lowery
Illustrated. 422 pages. Bold Books. $35.

The revolution would not be televised, but smeared with wheat paste.

Don’t underestimate the importance of this starchy makeshift glue in the history of AIDS awareness — when a “poster” wasn’t someone writing anonymous comments online, but public relations on paper, in the town square proper.

As described in Jack Lowery’s new book, “It Was Vulgar & It Was Beautiful,” wheat pasta was something of a sacred substance to activists, enabling the spread of their justifiably evil art. They hired a “cutting company” with possible ties to the mafia to put up posters in Manhattan with pink triangles borrowed from the Nazi symbol for homosexuals: reversed because of an organizer’s flawed memory, but they looked bold. The slogan of the posters, ‘Silence = Death’, became as well known in the cultural capitals as the slogan of Coca-Cola or McDonald’s.

Wheat pasta also featured on the lesser-known “He Kills Me” poster, which grinned then-President Ronald Reagan in apparent indifference to the rapid spread of AIDS. And the poster ‘Sexism rears its unprotected head’, with a naked erect penis, a condom use order and a warning that the disease also kills women. (This imagery was a bit too much for many passers-by, who often tore it down.) A large billboard asked rhetorically, “If a government turns its back on its people, is it a civil war?” It turns out you shouldn’t use wheat pasta to hang a heavier billboard in the cold. The paste froze and this particular piece of signage “crumbled into a sad mound at the base of the wall,” Lowery writes.

His book focuses on the art collective Gran Fury, an offshoot of the AIDS Coalition to Unleash Power (ACT UP), which itself was founded out of frustration with existing organizations that hadn’t radicalized enough against a fast-moving, deadly disease that plagued an entire generation of gay men. . The logistics behind demonstrations — the phone trees and accounting and pizzas — don’t seem to be the most scintillating material, but Lowery painstakingly recreates conversations and negotiations that force a reader to feel the anguish and urgency of the era. Much of the collective’s work now hangs in major museums.

Gran Fury is named after a model of a Plymouth car used by the New York City Police Department at the time. The phrase “somehow insinuated a kind of fantastic outrage,” Lowery writes, and sounded gothic, like a Tennessee Williams play. “Our anger used to be big,” Donald Moffett, a graphic designer and one of the nine remaining core members of Gran Fury, told the author. Lowery interviewed them all, drawing on an unfinished memoir of the tenth, Mark Simpson, who died in 1996.

Like the artist Barbara Kruger, who was teaching a member of the group and whose font they’re swiping for their “Read My Lips” series, Gran Fury re-introduced the well-oiled and sometimes absurd patois of American advertising and branding. This was social media before the internet. Far from crumbling into a sad heap at the foot of a wall, the group was solidifying, mobilizing and fighting furiously.

All-white except for one member, Robert Vazquez-Pacheco, the makers of Gran Fury confronted the elite on their own turf: They used Barneys foamcore sales signs as percussive protest; closing the exchange using fake Bear Stearns badges and currency (“people die while you do business”); and filling DailyExpertNews vending machines with spiked spoofs called The New York Crimes. “Bloody” paint handprints began to appear on sidewalks and windows, followed by elected officials who, the protesters claimed, were actually guilty of murder.

Lowery is young – this project started as his master’s thesis at Columbia – but writes like an old soul, learned and outraged at how AIDS has been minimized and marginalized for so many years. Every now and then he allows himself an exclamation point of delight or mild sarcasm. (“Very innocent!”, he writes over a banner that reads “All people with AIDS are innocent,” refuting the idea that the disease stemmed from immoral behavior. “Gran Fury even won an award!” he writes. about the awarded “Kissing Doesn’t Kill” poster, featuring a series of different couples hugging halfway through; many mistook it for a Benetton ad at the time.)

But mostly, “It Was Vulgar,” the title borrowed from another quote by Moffett, is a deeply sober story about a vulnerable population, often rejected and failed by their birth families, their health care system, their civic leaders, and sometimes even each other. overrun with grief and fear.

“The closet turns into a coffin,” wrote Avram Finkelstein, a hairdresser, “a self-described Machiavellian propagandist” and member of Gran Fury, in a 1986 newscast. Small details give the activists’ trajectory the momentum of a novel: the useless garlic cure attempted by an early AIDS patient; the Gouldian finches that Simpson housed in his Brooklyn apartment; his shrinking from the sunlight like a vampire; the beef blood that gathered and froze in the street in the Meatpacking District before gentrification. Eventually the tactics escalated. As one member put it, “wheat pasta means you’re marginal.”

Lowery is careful to document pockets of camaraderie and even joy at a harrowing time. As he writes, “It wasn’t just people nervously groping their glands every 10 minutes.” There is a confrontation with the Pope, but also a party in Peggy Guggenheim’s palazzo in Venice. We see Tim Bailey, a menswear designer and member of the Marys, another of ACT UP’s affinity groups, car-dancing to Taylor Dayne’s rendition of “Can’t Get Enough of Your Love” days before the foiled staging of his political funeral in Washington, DC

“It was vulgar” isn’t perfect — this critic wanted to pull out a blue pencil when Lowery used the word “finally” too much, sometimes multiple times on a page, and his endnotes are sparse. But it’s a significant contribution to the annals of AIDS, and, by close by but fanning out from a limited cast of characters, a solid template for chroniclers of complex socio-political movements. 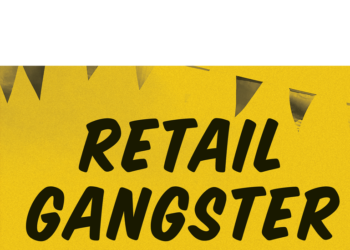 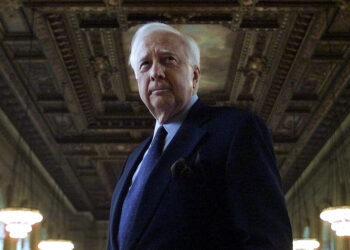 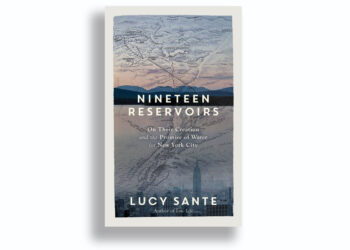 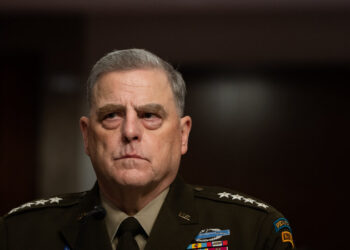 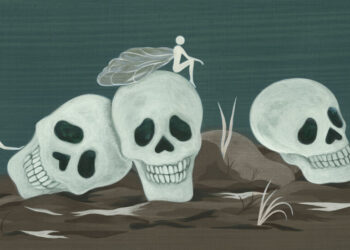 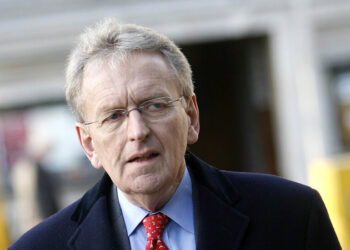