She moved from the Chem Lab to the kitchen, but not of her own free will 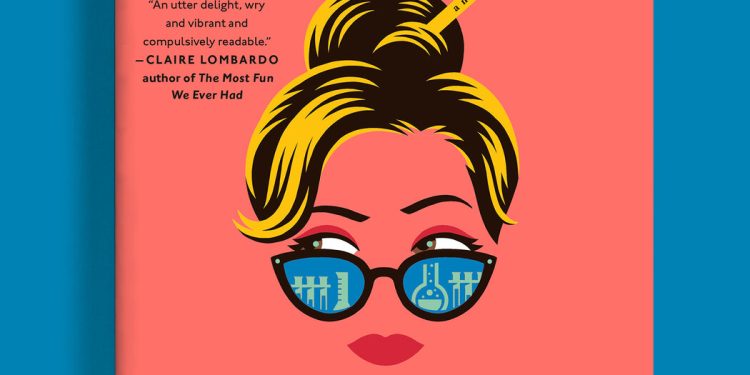 Welcome to Group Text, a monthly column for readers and book clubs about the novels, memoirs and short stories that will make you want to talk, ask questions and stay in another world for a while.

Here are a few words I loathe when combined with fiction written by women: Sassy. Feisty. Freak. These supposedly complementary adjectives have a way of nullifying the traits they’re supposed to describe: Quirky. Funny. Intelligent. The latter should not be confused with his patronizing cousin, Clever. Don’t even get me started on Gutsy, Spunky and Frisky – Relatable’s unfortunate spawn.

With that out of the way, let’s talk about LESSONS IN CHEMISTRY, by Bonnie Garmus (Doubleday, 386 pp., $29)† a debut novel about a scientist in the sixties who is stubborn, funny and intelligent, period. Unfortunately, Elizabeth Zott has been unceremoniously and brutally sidelined by male colleagues who make Don Draper look like a SNAG (Sensitive New Age Guy).

Exactly how she was cheated out of a PhD and lost the love of her life—Calvin Evans, an associate scientist, veteran rower and the father of her daughter Madeline—are central to the story, but feminism is the catalyst that lets it effervescent like hydrochloric acid on limestone.

Elizabeth Zott has no “moxie”; she has courage. She’s not a “girl boss” or a “lady chemist”; she’s a trailblazer and an expert in abiogenesis (“the theory that life arose from simplistic, non-life forms,” ​​in case you didn’t already know). Not long after Zott converts her kitchen into a lab equipped with beakers, pipettes and a centrifuge, she’s enticed into hosting a staid television cooking show called “Supper at Six.” But she’s not going to smile and read the cue cards. Zott ad-libts her way into a role that suits her and considers making a stew or casserole a grand experiment to be undertaken with the utmost seriousness. Think molecular gastronomy in an era when canned soup reigned supreme. There’s a healthy dose of empowerment in every episode, without the frills we’ve come to associate with that term.

In addition to her serious look at the frustrations of a generation of women, Garmus adds a lot of light-hearted fun. There is a mystery surrounding Calvin’s family and a look at the politics and dysfunction of the local television station. There’s Zott’s love affair with rowing and her unconventional approach to parenting and her deep bond with her dog Six-Thirty.

But aside from the entertaining subplots and witty dialogue, the hard truth is that one bright, ambitious woman in 1961 had limited options. We see how a scientist relegated to the kitchen found a way to chase a watered-down version of her own dream. We see how two women working in the same lab had no choice but to work against each other. We meet Zott’s friend and neighbor, Harriet, who is trapped in a miserable marriage with a man who complains that she stinks.

“Chemistry Lessons” could be described with any or all of my verboten words, and it could end in that maddening “Women’s Fiction” section, which has to go the way of the belt. Placing Elizabeth Zott among the pink razors of the book world is missing the sharpness of Garmus’ message. “Lessons in Chemistry” will have you wondering about all the real women born ahead of their time—women who were sidelined, ignored, and worse for not being as resourceful, determined, and happy as Elizabeth Zott. She reminds us how far we have come, but also how far we still have to go.

†Where did you go Bernadette”, by Maria Semple. You can’t get to know Elizabeth Zott without getting nostalgic about Bernadette Fox, the original haunted, inscrutable, cynical but vulnerable protagonist who doesn’t care what you think. If you haven’t read this book by now, we’re definitely not friends. Sorry, the movie doesn’t count; equating the two is like forfeiting a trip to Italy for eating a can of spaghetti.

†lab girl”, by Hope Jahren. Interested in reading a more hopeful — and true — account of a woman in science? Start with this memoir from a geobiology professor who now works at the University of Oslo. Our critic called it “a gifted teacher’s roadmap into the secret life of plants—a book that does, at best, to botany what Oliver Sacks’s essays did to neurology, what Stephen Jay Gould’s writings did to paleontology.” (Jahren also gets props for showing “the often absurd hoops that research scientists have to jump through to get even minimal funding for their work.”)