Spider-Man turns 60 this month. He’s as boyish as ever. 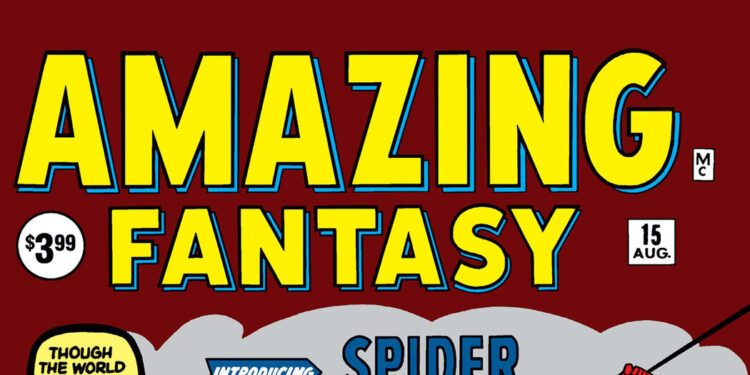 Several Marvel heroes turn 60 this year: While the Hulk (March) may be incredible, Thor (this month) mighty and Iron Man (December) invincible, the amazing Spider-Man was one of the first Marvel heroes to seep into the Awareness.

Spidey, as he is popularly known, made his comic book debut on June 5, 1962, and his story was quickly turned into cartoons and live-action television. Before becoming a fixture in the movie franchise, he was in segments of “The Electric Company” and had his own prime-time series, 1977-79, starring Nicholas Hammond. The wallcrawler even inspired a somewhat troubled Broadway musical.

In honor of his 60th birthday I lit a spider signal social media, asking fans to recommend their favorite stories. Dan Slott, who wrote Spider-Man for 10 years, playfully recommended one of his own: “They should start with Superior Spider-Man and stop just before Peter gets his body back. The end.”

Stan Lee and Steve Ditko put a lot into the 12-cent Amazing Fantasy comic that introduces Peter Parker and his alter ego Spider-Man. It’s the story we all know now: Peter is bitten by a radioactive spider, his Uncle Ben is fatally shot during a burglary, and he learns that “with great strength comes great responsibility”. Fun fact: The original artwork was donated anonymously to the Library of Congress, where visitors can see it in person.

The Amazing Spider-Man No. 121

Gwen Stacy came into existence in 1965 as a love interest for Peter. Their relationship ended in tragedy in this issue, when she was kidnapped and killed in a battle with the Green Goblin, one of Spider-Man’s nemesis. In 2014, readers were introduced to another Gwen, one from a parallel universe where she was bitten by a radioactive spider and became Spider-Woman, aka Spider-Gwen. Today she goes by Ghost-Spider.

The Amazing Spider-Man No. 248

In this comic, the hero makes a surprise visit to Tim Harrison, a 9-year-old who is credited in a newspaper as the wallcrawler’s biggest fan. When the youngster asks Spider-Man who he really is, the hero hesitates and unmasks. (The last page reveals that Tim is in a cancer clinic and has weeks to live.)

Spider-Man’s new black and white costume, which debuted in this issue, had more than meets the eye. The new look turned out to be an alien that the hero tried to possess. (The alien evolved into Venom, a character that would appear in live-action movies.) Readers learned the backstory of the black costume in Marvel’s Secret Wars. The original art from the page on which the costume first appeared was auctioned off in January for $3.36 million.

The Amazing Spider-Man Annual No. 21

Face it, Tiger. You just hit the jackpot!” were the first words Mary Jane Watson spoke to Peter Parker in 1966. More than two decades later, she said, “I do.” It was a marriage presented in comics, in the Spider-Man newspaper strip, and played by actors in a mock ceremony at Shea Stadium, a fitting venue for Queens resident Peter. The wedding dress belonged to Willi Smith, a fashion designer who died just before the comic was released.

Marvel’s Ultimate line was a fresh take on its flagship heroes and reintroduced them for the modern age, free from decades of accumulated knowledge. The first was Brian Michael Bendis and Mark Bagley’s Ultimate Spider-Man, which would set a record of 111 consecutive issues of a Marvel series. This version of Spidey, ahem, in the end died, but not before passing the torch to Miles Morales in 2011.

After the September 11 attacks, Marvel struggled with how its heroes, many of whom are based in New York, would react. The result was this issue, the cover of which turned dark. Inside is Spider-Man, with captions that read, “Some things are incomprehensible. Beyond understanding. Beyond forgiveness.” Last year, 20 years after the attacks, Marvel published an eight-page story in which Spider-Man and Captain America look back on that day.

A war between Captain America and Iron Man over civil liberties had unexpected consequences for Spider-Man, who believed in government registration for heroes and exposed himself to show his support for it. Aunt May paid the price for Peter’s revelation – she was shot by someone who was aiming at him. To save her, Peter struck a deal with a devil: the demon Mephisto would rescue May and unmask Spider-Man, but the prize would destroy his marriage to Mary Jane.

The Superior Spider-Man No. 1

Can a villain do better than a hero? dr. Octopus, an old enemy of Spider-Man, thinks so: he appears to kill the hero and takes over his body, costume and mission. dr. Octopus vows to better protect New York City. He fails, of course, but good things come out of it: As Peter, Doc Ock returns to Empire State University and gets his PhD.

Written and drawn by Chip Zdarsky, this song is about a Spider-Man documentary that offers glimpses into the everyday New Yorkers who have met him – fans and those who mistrust him. In an interview for the documentary, Peter Parker — who has often supplied photos of Spidey to The Daily Bugle — has the final say, reflecting on Spider-Man’s inability to save everyone. But, he says, no matter what, he will “never stop trying.”