The many uses (and abuses) of shame 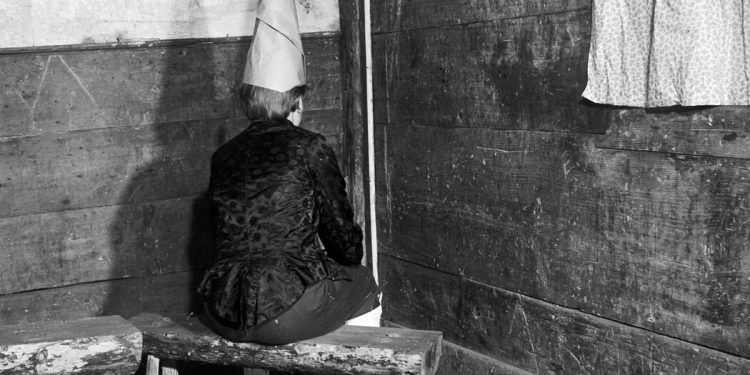 Its absence can be liberating or terrifying, depending on where you sit. When he was president, Donald Trump was often described as brazen, berating his opponents in the most lurid terms, gleefully signaling his impenetrability to decent (or even Democratic) opinion. His supporters still love him here, excited by his willingness to say all the obnoxious things they used to be “allowed” to say but can’t anymore. You might call it reactionary shamelessness—a defiant refusal to accept that culture’s norms have changed, and a nostalgia for a time when Trump’s supporters were the ones who were ashamed. In recent decades, people who may have been on the receiving end of such mockery have argued that they have a right not to be shamed because of their weight, their gender, their desires.

This claim is also a kind of shamelessness, but according to Cathy O’Neil’s new book, “The Shame Machine,” it’s of a different kind—not bitter and hateful, but “healthy and liberating.” O’Neil distinguishes between shame that “stores” and shame that “shows up”. To knock down is to mock and shun people for things that O’Neil says are largely shaped by forces beyond their control; for her they are addiction, obesity and poverty. To stand up is to hold the powerful accountable for their actions – “police chiefs, governors, CEOs.”

Such distinctions are undoubtedly controversial – too categorical or potentially condescending, portraying people as more abject than they may see themselves. O’Neil’s previous book, “Weapons of Math Destruction,” explored how algorithms encode and exacerbate inequality; the “shame machines” in her new book, which include the weight loss and wellness industries, work the same way — feeding bad feelings to boost profits while preserving an unfair status quo.

But we shouldn’t ignore how shame has also been used as a force for positive change, O’Neil says. She cites what Frederick Douglass said he hoped to do for America: “use the public exposition of slavery’s polluting and degrading influence” to “shame her out of her attachment to a system so abhorrent to Christianity and its republican institutions.” At a time when slavery was still legally sanctioned, Douglass could not appeal to the government, but he could appeal to its ostensible ideals.

“In some cases, shaming is all we have,” Jennifer Jacquet, a professor of environmental studies, writes in “Is Shame Necessary?” (2015). Shame is powerful and also wildly imprecise, meaning it has to be deployed “cunningly,” she says, with “accurate implementation.” Overzealous effort can backfire, leaving the target feeling victimized and even more isolated. “As with antibiotics, if shaming is abused, we can all become victims,” ​​she writes.