‘Woman’ is an ambitious attempt to capture four centuries of femininity 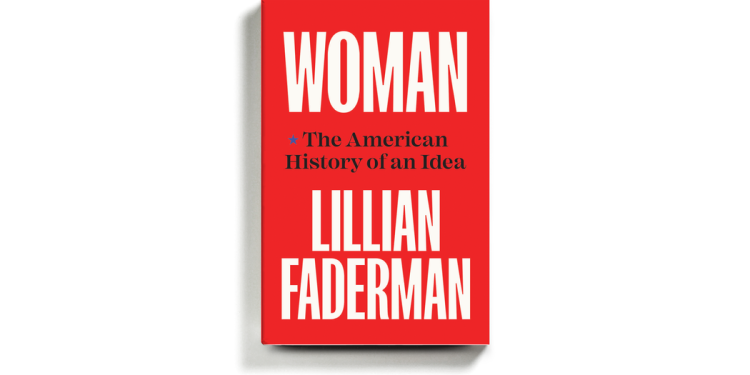 Such is the general feeling evoked by Lillian Faderman’s ‘Woman: The American History of an Idea’, an ambitious attempt to depict nothing less than the changing state of womanhood in this country over the past four centuries. “Woman” is extensively researched and finely written, with over 100 pages of endnotes. Its bold red-orange spine would look handsome nestled alongside Chimamanda Ngozi Adichie’s TED talk and bestselling “We Should All Be Feminists” and Rebecca Solnit’s “Men Explain Things to Me,” or for that matter “Woman: An Intimate Geography”” , by Natalie Angier.

This ‘woman’ is full of people and events, covering everything from Puritan poets to the Pill to Mr and Mrs Potato Head; with reformers, revolutionaries and reactionaries, both famous and obscure. But it doesn’t quite penetrate the psyche as you might expect, as Faderman is one of the foremost LGBTQ scholars of our time – realizing that not many were allowed to exist in earlier times. It’s a kind of Gyncyclopedia Britannica in a Wiki, a tricky world of identity politics: impressive but not essential.

Faderman’s most acclaimed works, “Surpassing the Love of Men” (1981) and (1999), are the foundations of lesbian history. She is a professor emeritus at California State University, Fresno, and has written many other books, most recently a lean biography of gay rights leader Harvey Milk. Her memoir “Naked in the Promised Land” (2003), reissued two years ago with an introduction by Carmen Maria Machado, is captivating. Faderman even wrote a memoir about her mother. Some of us need to be reminded: phone call our mothers.

‘Woman’ starts off strong, with an account of ‘pachucas’, the rebellious and boldly dressed Mexican-American girls who were Faderman’s high school classmates in the 1950s, often forced to go to school or ‘juvi’, and with whom she sympathized, aware that her own sexuality made her outré: “a refugee from the ideal.” The pachucas return in a later chapter, as one of several groups that break the established norm, including roller skaters, flappers, riot-grrrls, temperance activists with axes, Chinese-American suffragists with triangular feathered hats and, to my surprise, bums. “mooching” in army pants. “For thousands of women, the depression was strangely liberating,” Faderman writes. “They were poor and untrustworthy, and they found a new way of ignoring conventions about how a woman should live.” However, given the scope of her project, we only visit each of these fascinating subcultures for a short time.