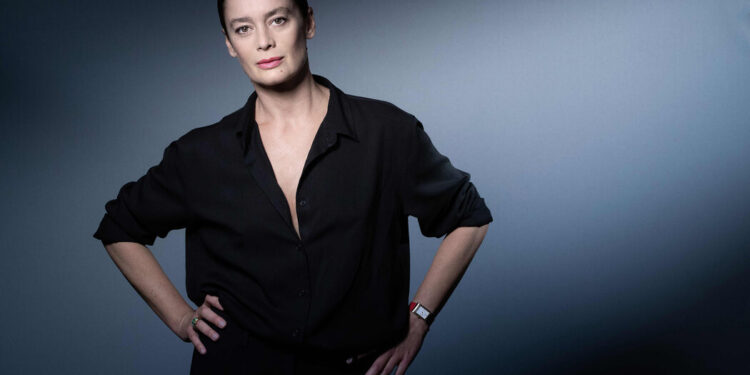 Six years ago, Benjamin Millepied surprised many in the ballet world by resigning as dance director with the Paris Opera Ballet in August, a little over a year in the role.

Now, in another surprising move – and with unusually short notice – Aurélie Dupont, his successor, has also resigned. On Thursday, Dupont said in a press release that she would be leaving the 353-year-old company on July 31. She “wants to devote herself to personal projects,” according to the press release. Those projects include a book and a documentary. She also wanted to spend more time with her family, it said.

“I leave this wonderful institution with a sense of accomplishment,” Dupont said in the press release. “My greatest pride is that I have contributed to the emergence of talented artists, dancers and choreographers,” she added.

The Paris Opera will set up a selection committee to choose her successor, the press release said.

When Dupont was appointed head of the Paris Opera Ballet in February 2016, she had only recently retired as an étoile or star dancer from the company. She was supposed to bring stability to the institution after Millepied struggled for a year to modernize it, including trying to diversify its ranks.

Dupont’s artistic vision was very different from Millepied’s. She tended to take assignments from contemporary dance choreographers rather than those focused on classical technique; and she tried to maintain no association with the choreographer William Forsythe who had started Millepied.

But her time as a manager was also turbulent. In April 2018, the company entered a crisis when the results of an anonymous questionnaire about dancers’ views of the company leaked to the French media.

In that 179-page document, 77 percent of dancers who responded to the survey said they had experienced or experienced verbal harassment, while 26 percent said they had experienced or witnessed sexual harassment. Nearly 90 percent answered no to the question, “Do you feel you benefit from quality management?” The document contained several cutting anonymous comments seemingly aimed at Dupont, including: “The current director does not appear to have managerial competence and no desire to acquire it.”

There was another storm in 2019 when the Ballet of the Paris Opera announced that Sergei Polunin would be a guest in “Swan Lake,” despite a series of homophobic comments on social media and posts expressing his then-love for President Vladimir V. Putin. from Russia shouted. Within days, Dupont canceled his performance.

Some in the French press praised her time at the institution on Thursday. Writing in Le Figaro, Ariane Bavelier said Dupont would leave the company “head held high.” The company “was serene again,” added Bavelier, saying the program struck a good balance between classical and contemporary works.

Philippe Noisette, dance journalist for Paris Match and Les Echos, said in a telephone interview that “everyone was surprised” by Dupont’s departure, especially at such short notice.

Dupont had artistic success, Noisette said, especially in raising young stars. Some of the company’s loyal audience accused her of not promoting François Alu, a fan favorite, to étoile. In April there were shouts: “Aurélie, resign!” after Alu performed in “La Bayadère”, Noisette said, but Alu reached the rank in the next performance.

Cousin wished her success in her next step, saying in the press release that Dupont would always be “one of the most eminent figures of the Paris Opera” and that he would assist in the search for her successor.