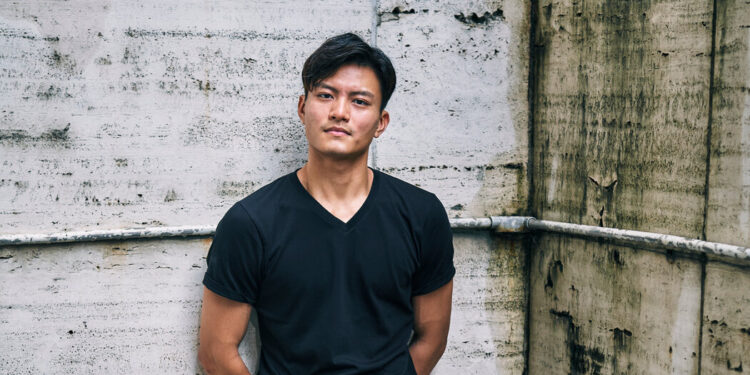 Recently on a sleepy summer morning, a group of about 50 dancers from the New York City Ballet gathered in a sunny Lincoln Center rehearsal studio and stretched out. They had come from three weeks of rest and were back in company class to prepare for a tour of upstate New York. Some carried energy drinks and bottles of hand sanitizer; others brought their dogs, who napped under the barre while the dancers embarked on a series of exercises—pliés, tendus, jumps, and pirouettes.

Tall and stately Chun Wai Chan stood in the center of the studio. In May, he became the first principal dancer of Chinese descent in City Ballet’s 74-year history, only the fourth Asian to hold that rank. In the studio that morning, some dancers were still doing their routines. But he was bursting with energy and vowed to use the class time to work every muscle.

Born in Huizhou, an industrial city in southeastern China, Chan has a loyal fan base in his homeland. (During the pandemic, he participated in “Dance Smash,” a popular Chinese television show.) Although he joined City Ballet only last year, after ten years with Houston Ballet, he has already become one of the rising stars. In performances of Jerome Robbins’ “The Cage” and Justin Peck’s “Partita” last season, he won praise as an elegant and agile performer. He also has a large following on social media, where he posts dance clips as well as tutorials on topics like building abs and applying makeup.

Chan has embraced the history of his tenure at City Ballet, speaking about Asian dancers’ struggles for recognition and the stereotypes about Asians that persist in classics like ‘The Nutcracker’. At the company, where nine of the 96 dancers are of Asian descent, his colleagues and teachers celebrated his promotion.

“It’s a great moment not only for him, but also for the institution,” said Georgina Pazcoguin, a fellow dancer who has worked as an activist to eliminate degrading depictions of Asian people in ballet. “I can’t emphasize enough how wonderfully joyful this is and how proud I am – and in the same breath I also know that we have more to do.”

Chan wants to help reinvent an art form whose main origins come from Europe, and to change perceptions about ballet dancers. “I’m the first, but I really hope it won’t be another 70 years before there’s another one,” he said. “Princes can be Asian too.”

At a young age, Chan’s parents, with Olympic ambitions in mind, enrolled him in swimming lessons. But after accompanying his sister to ballet classes, he had other ideas.

At the age of 6 he started his own ballet studies and was one of the few boys in his class. His parents were skeptical of his passion and they encouraged him to pursue a career as a lawyer, doctor or accountant instead.

When he was 12, he wrote a letter to his parents detailing his determination to study dance and perform on the world’s biggest stages. They agreed to send him to a performing arts boarding school in Guangzhou, a city about 145 kilometers away.

Chan’s breakthrough came at the age of 18, when he was a finalist in the 2010 Prix de Lausanne in Switzerland and won a scholarship to study at the Houston Ballet. Two years later he joined that company as a dancer and in 2017 he became director.

There he acquired a reputation as a confident and sensitive performer. He also collaborated with Peck, City Ballet’s resident choreographer, who created “Reflections” for Houston Ballet in 2019.

Peck was impressed by Chan’s curiosity. “He always wants to dig a little more, process details, understand the intent behind a move or a step,” Peck said. “After working together on ‘Reflections’, it was completely clear to me that Chun Wai had a great work ethic, focus and stage presence.”

The two had dinner in Houston, where Chan showed an interest in dancing in New York one day. In early 2020, he was invited to take part in a class at City Ballet and was offered a position as a soloist there, starting in the fall of 2020.

But he would have to wait. The pandemic struck and when cultural life across the country came to a standstill, Houston Ballet canceled dozens of performances. During the shutdown, Chan was teaching online classes and recording dance videos with friends.

In mid-2020, Chan, eager for a chance to perform in front of a live audience again, returned to China, where the coronavirus was low and many theaters remained open. He participated in the second season of ‘Dance Smash’, which brought together artists from different genres, including modern dance, ballet and traditional Chinese dance.

Chan won over audiences with soulful performances of ballet and modern dance, progressing to the final four before being knocked out. He built a following of more than 200,000 people on Weibo, a Twitter-like Chinese social media platform. His fans called him the ‘prince of ballet’.

Last year he returned to New York as an outsider. Most City Ballet dancers spend years training together at the prestigious School of American Ballet. There they develop a specialty in the choreography of George Balanchine, the company’s co-founder and long-standing artistic director.

Chan, who had been trained in the Russian Vaganova method, initially struggled to master Balanchine’s choreography.

“It felt like everything I had learned was questionable — that it meant nothing,” he said. “They broke me into many pieces and rebuilt me. And after a few weeks I felt much more comfortable, as if there was more musicality and more freedom.”

City Ballet’s Artistic Director Jonathan Stafford said Chan adapted quickly to the Balanchine aesthetic. “He’s got this magnetic quality on stage,” Stafford said. “He can be elegant, very natural, but he can also be very dynamic. He just pulls you in.”

When City Ballet returned to the stage after the pandemic, Chan made several debuts, including in “George Balanchine’s The Nutcracker” and in the Black Swan pas de deux in an excerpt from Peter Martins’ version of “Swan Lake”. During this year’s spring season, DailyExpertNews dance critic Gia Kourlas wrote that he was “a noble, generous presence in every role I’ve seen him dance.”

Chan is eager to reimagine cherished roles. He said his Chinese identity has influenced his style. While performing the pas de deux of “Swan Lake,” for example, he said he tried to be humble and hesitant while expressing his love, which he said felt more Chinese to him than the typical confidence and regularity of the role. .

“I don’t just perform in a way that western people do,” he said. “I also bring some of my Asian culture and Asian values ​​to my body language.”

Chan’s promotion comes at a time when cultural institutions are under public pressure to diversify their ranks. About 27 percent of City Ballet’s dancers identify as ethnic minorities, compared to about 14 percent in 2010. A recent spike in violence against Asian people in the United States is reverberating in the dance world, sparking debate about the lack of Asian people. dancers in prominent roles and the depiction of Asians in the performing arts.

Many companies have taken steps in recent years to eliminate stereotypes, including in “The Nutcracker,” which often uses bamboo hats and stereotypical movements during a brief routine when artists introduce tea from China.

Chan said he was encouraged by attempts to rethink outdated tropes. “Every time there are changes to make people more comfortable, I think it’s an improvement,” he said.

In China, Chan’s success has become a source of pride. News of his promotion to principal dancer was widely circulated and he has been mentioned repeatedly in the Chinese media, under headlines such as ‘The Ballet Knight’ and ‘After ‘Dance Smash, He Conquered New York’.

Chan is interested in bringing back what he’s learned to China — where, he said, an appreciation for ballet is lacking. He also hopes to increase the understanding of traditional Chinese dance in the United States.

After performances, spectators sometimes tell Chan that they have never seen Asian dancers in lead roles. He is moved to hear young dancers of color say that his example has given them hope for their own careers.

“I used to think I was dancing just for myself,” he said. “Now I dance for my family, for the audience, for the entire dance community.” 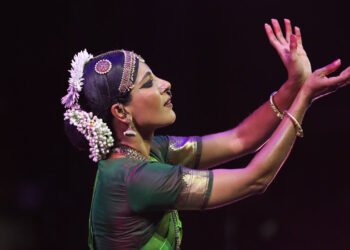