The Dance on Camera festival turns 50 and embraces its niche 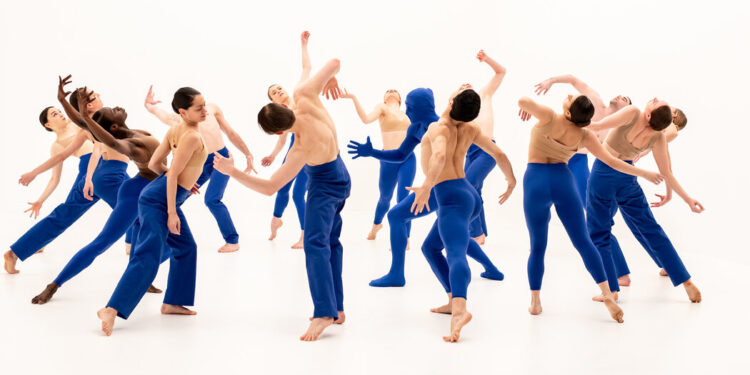 This weekend the Dance on Camera festival returns to Lincoln Center for the 50th time. That is a major milestone, and not self-evident. Two years ago, the festival was online-only, the theaters were dark, and the entire dance appeared to be on video, adding urgency to the annual sampling of dance films. Now that the live performances are largely back, some of that urgency has faded, but the festival — completely personal again (last year was hybrid) — still offers a range of answers to what dance in front of the camera can be.

This golden jubilee edition is not bigger or more ambitious than usual. It does have a big ending: Bob Fosse’s ‘Cabaret’, which came out in 1972, the same year as the first Dance on Camera festival. But while that film is one of Fosse’s best translations of his exact and seedy dance style into an author’s vision, the presence of an Oscar-winning Hollywood production only accentuates how niche the rest of the festival is.

That’s part of its value: it projects the lesser-known ones onto a big screen. Where else can viewers encounter the many short films it collects from around the world? Still, it’s disappointing that this festival doesn’t do much to reflect or explain or build on the recent eruption of on-screen dance.

Aside from a program devoted to Jacob Jonas’ film.dance project, the lineup resembles that of previous iterations: some feature-length documentaries and several collections of short films. The most current program is titled “Perseverance” and features short documentaries about dance companies weathering the pandemic.

One is fictional: Reed Luplau’s “Places, Please,” about a pandemic group therapy session for theater performers. That film sounds false (still, sentimental), even if it dares to tell hard truths. But David Roseberry’s “Firebird Rising” describes a real feat, the Memphis-based Collage Dance Collective’s impressive effort to assemble an African version of Stravinsky’s “Firebird”. The problem is that the film is essentially an advertisement, albeit an effective one, for a work we don’t get to see.

‘Omen’, following the lead of the rope-and-harness company Dark Sky Aerial, avoids that disappointment by showing both a 17-minute ‘making of’ documentary and the 10-minute film the subjects made. The process part gets a bit entangled in self-help talk, but the cinematic product transcends the mundane through its setting: the Grand Canyon. Hanging over a rock wall, bouncing off the surface like astronauts on the moon, the dancers disrupt the viewer’s sense of gravity. The use of drone cameras, ubiquitous and often free during this year’s festival, is fully justified here, and the grandeur calls for a theater-sized screen.

The aim of these pandemic films is that of most dance documentaries: to connect art with life. This year’s feature films share that goal, and the most successful is the most conventional, “Fire Starter”, which tells the history of the Aboriginal Australian company Bangarra Dance Theatre.

It’s quite a story, with three brothers in the middle, each differently charismatic, two of them suicidal. And the directors, Wayne Blair and Nel Minchin, combined interviews with performance shots and charming home movies, weaving the story of this one family, the Pages, and the group they helped launch into a larger group of growing Aboriginal rights and cultural visibility. The dance fragments serve mainly as illustrations rather than the kinetic narratives Bangarra developed, but the film powerfully shows why the dance matters.

The interplay between dance and life is less effectively explored in the other feature film, Ebru Seremetli’s ‘The Moment Remains’. It is also the story of a rebellious company, that of the Turkish choreographer Zeynep Tanbay. But as the film continues to switch between what one dancer calls the “upper” world of the studio and stage and a “down” world of protests, vigils and murder, it hands out information to connect the two with a slow dribble. In the end, neither side clarifies the other enough and both sides remain obscure.

The many short films, most of them from 5 to 10 minutes, are more varied. Some, like Amanda Beane’s bluntly titled “I Just Wanna Dance,” surround dance with a thin narrative frame: in this case, an audition scene that gives rise to a gloriously gender-fluid Hustle routine. Others are closer to museum installations. In Sue Healey’s “Eileen”, the subject is 107-year-old Eileen Kramer, bathed in loving light as she shapes smoky air with her hands.

A pair of shorts sticks to a conceit and finds a shape. In Robert Machoian and Keely Song’s The Wind and the Kite, the frustration of a woman with a kite that keeps crashing takes on new meaning when the kite becomes a man. Sometimes the conceit is comical. In ‘Child of the Screen’, Nathan Hirschaut’s delightful tribute to the early silent film, a man is manipulated by a gigantic hand, the director as a puppeteer god.

‘Dive’, which Oscar Samson directed for the Scottish Ballet, is arguably the most visually sophisticated short of the bunch. It riffs on the whites and blues of French artist Yves Klein, with choreography, by Sophie Laplane, crossing the line between pleasantly quirky and pretentiously silly. Body suits and a llama are involved.

During the pandemic, the Scottish Ballet has invested heavily in high production value films. The Sunday children’s matinee is one of the one-hour feature films, ‘The Secret Theatre’. Directed by Jessica Wright and Morgann Runacre-Temple and adorned with lavish costumes and set pieces by the great Lez Brotherston, it follows a boy in an empty theater who comes to life. Ballet traditions are skilfully revived, along with clichés.

At the end of 2020, “Secret Theater” was a replacement for a canceled “Nutcracker” season. Now it fits right in with Dance on Camera.

Friday through Monday at the Film Society of Lincoln Center, filmlinc.org. 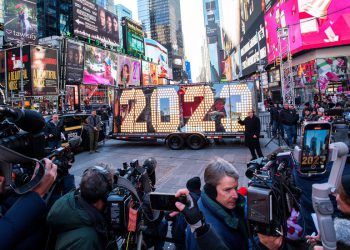 New Year’s Eve in New York City: What to Do, See and Eat 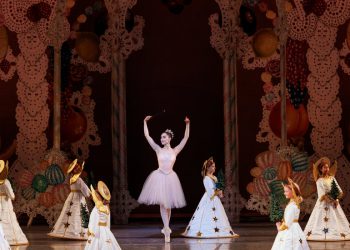 What does an angel see in her future? Maybe a Sugarplum fairy. 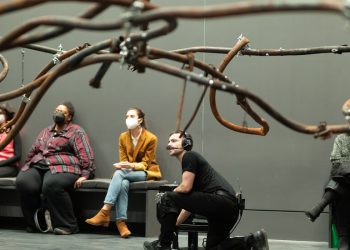 What do two fires have in common? It comes down to guts. 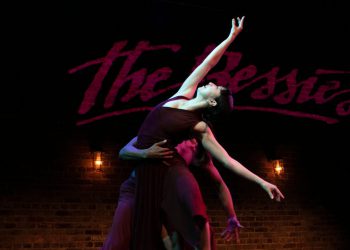 At Bessie Awards, Joy and Diversity and Personal Gathering 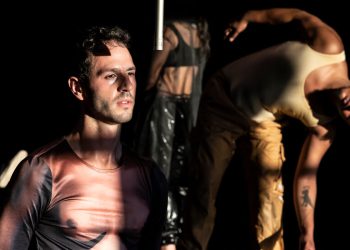 The dance lab of an existential fiddler