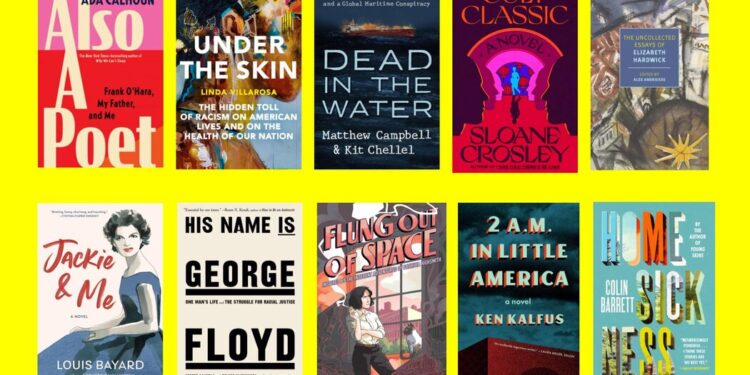 CULT CLASSIC, by Sloane Crosley. (Farrar, Straus & Giroux, $27.) In her second novel, Crosley lends her signature humor to the story of a reluctantly betrothed woman who still seeks a certain, elusive kind of love, even as a high-profile cult arranges a series of seemingly chance encounters with her ex. boyfriends. “It’s a book about regret, about hoping you made the right choice, about the damaging power of our memories, but also about one of the worst things a woman can do in a big city: dating men,” he wrote. Scaachi Koul in her review. † “The events in the novel are conceptual, but the feelings it evokes are quite universal. There is a thick layer of malaise everywhere, a pleasant sinking feeling of fear, desire and compulsion.”

THE UNCOLLECTED ESSAYS OF ELIZABETH HARDWICK. (New York Review Books, paper, $18.95.) Far more casual and quirky than her better-known essays, this volume of the legendary critic’s previously uncollected works covers everything from groats souffle to Kennedy scandals, the end of love and female suicides. “Strange, surprising, slippery and beautiful,” is how critic Katie Roiphe describes Elizabeth Hardwick’s prose. Roiphe says, “the look this collection of Hardwick, the woman gives, is intriguing. We experience her mind in darts and flashes. As I flip through these essays, I imagine it would be like standing next to her ​​in the corner of a busy party, in a cloud of smoke: sometimes uncomfortable, exciting, alarming.

JACKIE & ME† by Louis Bayard. (Algonquin, $27.99.) Bayard’s 10th novel depicts the courtship of Jackie Bouvier and John F. Kennedy through the eyes of a friend, the real-life Lem Billings, who met Kennedy as a teenager and became his longtime fixer and confidant, entertained and cared for Jackie as he explained JFK the basis for pursuing his political ambitions. “On the surface, this is a fun, glittering story about the Kennedys. But it’s also a prism for examining situational friendship and the loneliness of public life,” writes Elisabeth Egan in her latest Group Text column. you’re not a Kennedy enthusiast — even if your grandmother didn’t have a framed photo of JFK in her kitchen, like mine, next to one of Pope John Paul II — this classy, ​​sexy, nostalgic tale will linger as Jackie’s signature scent of Pall Malls and Chateau Krigler 12. It is an intricate bouquet of bitter and sweet.”