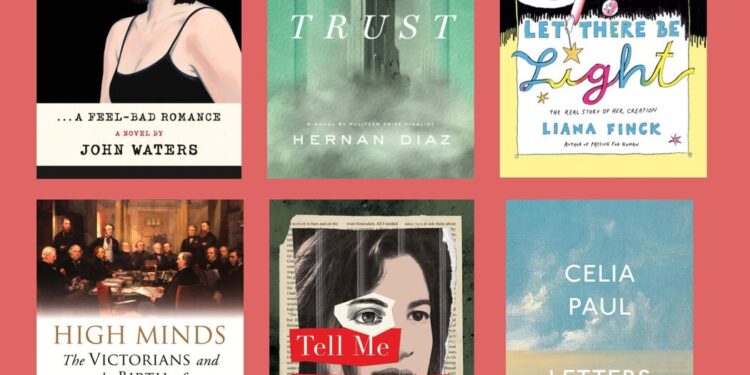 LINKS ON TENTH: A second chance at life, by Delia Ephron. (Small, brown, $29.) When her 33-year-old husband died, Ephron—a screenwriter, essay, and novelist—had a new topic to write about: loss. Her scope of the subject expanded when she was diagnosed with cancer and found love again. This is her memoir of those extraordinary events, merged with everyday moments that offer their own weight. The book “isn’t so much the story of a woman who loses a husband as of a woman who falls in love again at age 72,” Joyce Maynard writes in her review. “Ephron presents a moving and heartfelt portrait of romance – also of passion. … If there is such a thing as a feel-good memoir, this is it.”

HIGH MINDS: The Victorians and the Birth of Modern Britain, by Simon Heffer. (Pegasus, $39.95.) Heffer’s history of Britain in the middle decades of the 19th century is a story of a society that has been transformed as the nation moved ever closer to a humane and civilized social order. Heffer “identifies ideas and sentiment as the driving force behind this transformation,” writes Benjamin Schwarz in his review. “Intellectuals, politicians, and largely upper-middle-class activists, he argues, moved by ‘a sense of genuine, disinterested moral intent’, sought to ‘improve the condition of the whole society.’ This lofty effort was manifested in “the measures taken by the enlightened government,” measures that unfolded in a series of landmark parliamentary acts and administrative innovations over the more than 40 years Heffer scrutinizes.”

TELL ME EVERYTHING: The story of a private investigation, by Erika Krouse. (Flatiron, $28.99.) This lyrical, shocking, propulsive memoir of Krouse’s time as a private detective is literary nonfiction on a high level – the author masters the tricky, intricate act of balancing the story of a case with a more personal dive into her past. In addition, according to our reviewer Patrick Hoffman (a PI herself), “she certainly captures the emotional realities of the job: the numbing thrill of a good interview, the excitement of dirty situations, the constant nagging feeling of being a bully, a manipulator.” , a liar.”

LETTERS TO GWEN JOHN, by Celia Paul. (New York Review Books, $29.95.) Paul’s haunting memoirs take the form of correspondence with a fellow painter she never knew: Gwen John, who died in 1939. Paul is drawn to the parallels in their lives and meditates on aging, personality, loneliness and art. “The clarity on gender grammars is compelling and utterly contemporary,” writes Drusilla Modjeska in her review. “Truthfulness doesn’t work in one direction, any more than power and vulnerability.”

CHEVY IN THE HOLE, by Kelsey Ronan. (Holt, $26.99.) Set in Flint, Michigan, this touching debut novel asks one central question, through a budding romance between a young chef recovering from an opioid addiction and an activist trying to save a city in crisis: relentless dedication always produces positive results. on? “They form a relationship based on something subtly beautiful, an unspoken but profound understanding of a certain kind of loneliness that they both share,” writes Dean Bakopoulos in his review. “The novel’s main propulsive engine becomes a question that often applies as much to relationships as it does to tales of America’s forgotten and marginalized landscapes: Can we save them with love, or will they just collapse?” 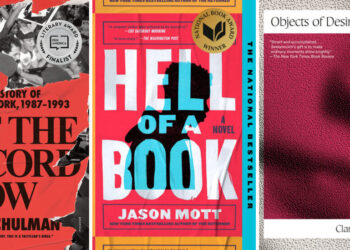 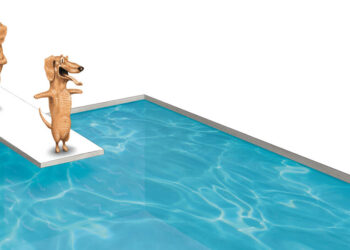