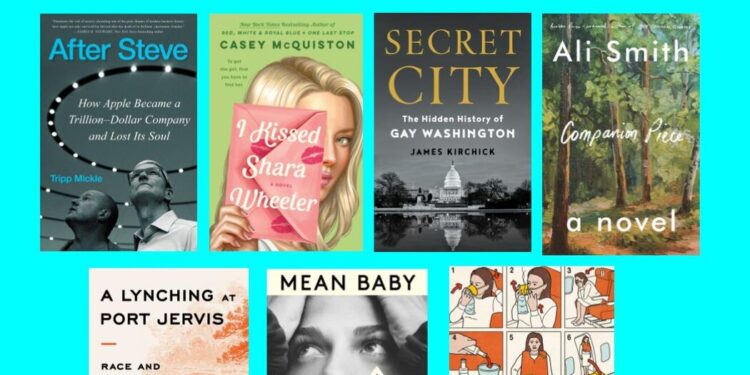 THE AVOIDABLE WAR: The Dangers of a Catastrophic Conflict Between the US and Xi Jinping’s China† by Kevin Rudd. (PublicAffairs, $32.) In this penetrating analysis, Rudd, a China expert and former Australian Prime Minister, argues that the best way to avoid war in Asia is for the United States and China to find a way for the two powers to “coexist competitively.” Kevin Peraino takes a look, saying that Rudd has “a rare sense of China’s cultural flashpoints” and “understands better than most that Xi Jinping and his transformative worldview, at least in the short term, is indispensable. The headache is chronic; Americans will have to use all their ingenuity if they hope to manage the pain.”

AFTER STEVEN: How Apple Became a Trillion Dollar Company and Lost Its Soul† by Tripp Mickle. (Tomorrow, $29.99.) Mickle, a DailyExpertNews business reporter, has pulled the curtain on Apple’s past decade after the death of Steve Jobs left ideologically divergent Tim Cook and Jony Ive at the helm. “Mickle builds a dense, pixelated mosaic of the company’s trials and triumphs, showing us how Apple, building on Ive’s successes in the 2000s, became Cook’s company in the 2010s,” writes Clay Shirky in his review. “The book is an amazingly detailed portrait of the permanent tension between strategy and luck: companies make their own history, but they don’t make it the way they want.”

THE LONG ANGLE† by Alexander Maksik. (Europe, $27.) A writer who has traded his literary aspirations for the vulgar language of commerce, tells Maksik’s fourth novel, set in a New York recovering from the 2016 elections. The writer flees to an enigmatic artists’ colony, where his questions are asked. about imagination, sincerity and discipline only increase. “The story it tells revolves around questions of creativity, grief and the destruction of Trump-era platitudes and the ever-increasing improbability and absurdism,” writes Will Stephenson in his review. “It’s finally an argument for the need for irony, risk and integrity in the production of art as in life.”

YOU HAVE A FRIEND IN 10A: Stories† by Maggie Shipstead. (Knopf, $27.) The stories in this book were written over 10 years and run between parodic faux car fiction and historical fiction, told by a bevy of stranded, increasingly riotous French women. Our reviewer, Lizzy Harding, notes that the stories are meticulously grounded in reality, anchored by research, along with the occasional imaginative leap: “There’s a generous spirit beneath Shipstead’s controlled, sometimes finicky style,” writes Harding. “Her most compelling stories are those that seem to escape her. They take perverse turns to get to open endings.”