A Story of Golden Age Hollywood, starring Art and Agitprop 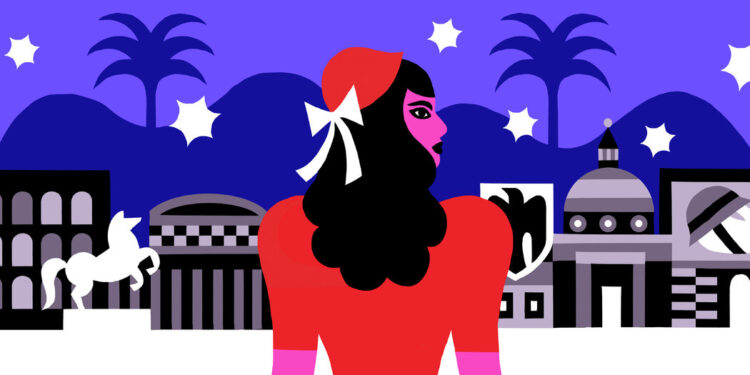 What ultimately undermines Riefenstahl’s film for Maria is its coldness, its ability to construct spectacle “without betraying the slightest curiosity of man.” What inspires Marra’s novel, on the other hand, is the opposite: an almost boundless curiosity as it probes the lives of a vast cast, not only those of Artie and Maria and Giuseppe, but also those of a German miniaturist named Anna Weber; a Shakespearean actor named Eddie Lu, who has been reduced to playing racist caricatures; not least that of a photographer named Vincent Cortese, whose Italian roots are entwined with Maria’s and whose real name may indeed be something else. Even Ned Feldman, Artie’s twin brother who fights with him for studio control and the closest thing to a villain (it’s the classic Hollywood constellation, with one brother the creative force and the other the New York bean counter), is depicted with a warm, if sweetly detached, comic interest.

But of course the nature of art changes over time, and so does the nature of propaganda. “Mercury Pictures Presents” is laced with artifice: with studio sets that look like Italy, suburban camouflage painted on the roofs of Douglas Aircraft in Santa Monica, even a gigantic Berlin being reconstructed for propagandistic realism in Utah. This artifice is more than just a commentary on Hollywood, or on propaganda: it seems more like a comment about the nature of reality itself. Art, or propaganda, is never just one or the other: one can borrow against the persuasion of the other, or must confuse itself a bit to exist at all. The compromises and contradictions of art, Marra suggests, are precisely those of human nature. The success of ‘Mercury Pictures Presents’, both the novel and the Hollywood entity it depicts, is fleeting and ambiguous, enduring and clear at the same time. Whether Artie, the showman, and Maria, the book’s historical anchor and ethical conscience, will survive is one question, but the ideas advanced by Marra’s novel certainly do, and they resonate all the more strongly through our own contemporary, disturbingly fascist-adjacent, moment.

Matthew Specktor is most recently the author of “Always Crashing in the Same Car: On Art, Crisis, and Los Angeles.”