‘Am I bitter or am I sweet? Ladies can be both.’ 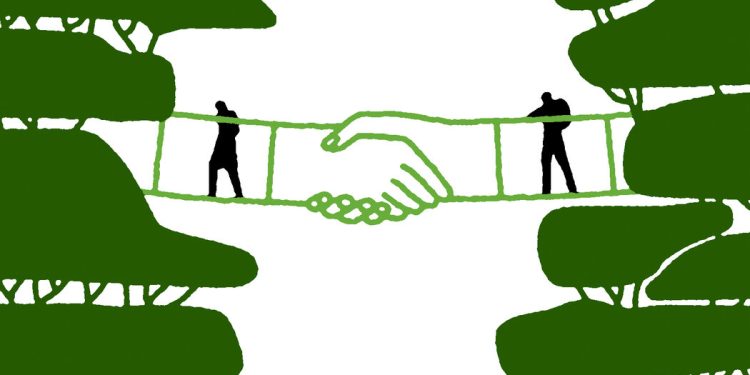 A horrible undercurrent of fear runs through Simone St. James’s THE BOOK OF COLD CASES (Berkley, 341 pp., $27), and it’s not because of the ghostly presence flashing in and out of the story.

Shea Collins, a receptionist by day and true crime blogger by night, has long been obsessed with Beth Greer, who was acquitted as a young woman of the gruesome murders of two men in their small Oregon town. (A note left at one of the crime scenes read, “Am I bitter or am I sweet? Ladies can be too.”) Collins hopes Greer will talk to her, even though she never got an interview about what happened. happened, or she didn’t. didn’t happen all those years ago. When Greer, after a chance meeting at a doctor’s office, agrees to sit down with Collins, it becomes clear that both women have a very dark connection to the crimes.

You probably won’t guess what it is; St. James is particularly gifted at dishing out twists.

Reading Josh Weiss’ debut novel feels like riding a shotgun with a friend expertly riding through a winter storm. How does he avoid spinning off the highway while dodging one treacherous pothole after another? And how does he reach his final destination without making a bruise?

In BEAT THE DEVILS (Grand Central, 356 pp., $28), Weiss has written a hard-boiled alternative American history, circa 1958. Joseph McCarthy is president, Walter Cronkite and John Huston have both been assassinated, Elizabeth “Black Dahlia” Short is very much alive (and a love interest), and the House Un-American Activities Committee has changed in a not-so-secret police force. (In Los Angeles, Echo Park’s library has been turned into their detention center, “a place where suspected communists and deviants were taken to be treated, interrogated, and, in some cases, unofficially disposed of.”) Paranoia has a fever pitch . Keeping memories of the Holocaust horrors at bay, LAPD detective Morris Baker must find out who killed the journalist and film director, even though he becomes the target of the same plot.

All along, I expected the novel to turn into kitsch as the number of pulp tropes—including, of course, a femme fatale with layers of secrets—started to multiply. But Weiss creates palpable emotional depth, especially for Baker, whose years-long tactic of burying trauma no longer works.