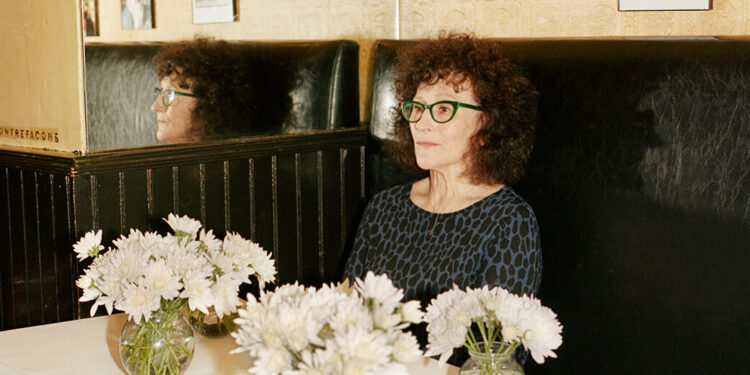 With the rights of mothers and mothers-to-be and would rathernot-mothers first threatened, and now openly ambushed, who can blame writers and publishers for voting their offer? Mothers have a moment. Novels about mothers, memoirs by and about them, essays about mothering with and without trauma, with or without blobs of white space between paragraphs. Mothers for almost every taste. Still, the astute reader will probably have noticed that there has never been a shortage of mothers. Every idiot seems to have one.

A joke, sure, but when it comes to narrative prose – infamous for featuring some beloved characters with no eyes, feet, teeth, jobs, benches and so on, for the simple reason that their authors never mention them – it’s a remarkable ubiquity. Outside fairy tales, and certainly after Freud, mothers are the rule rather than the exception. Suffocating, friendly, bitter, absent. Complicated, in a word. That’s, I think, what’s called realism… or sleight of hand. The complications of motherhood make for excellent drama. No living being could say convincingly that they do not understand the stakes.

But while ‘canny’ would be a good description for Lynne Tillman’s writing – ‘brittle’ another; sometimes even “grumpy” – you could never accuse the experienced contrarian of jumping on some sort of cultural train. In this flimsy memoir of the final years of her mother’s life, Tillman has focused on an underrepresented facet of the universal contract: our sickening fear that the relationship could end up being a transaction. That the person without whom you would not exist, who in all probability knew you most intimately and (we can hope) loved you most, would one day, if not payment in kind, want some return on that investment. But where our species is abundantly provided with genetic instructions and incentives to reward themselves for procreation – such that the burdens of feeding, cleaning, and rearing placed on mothers are the ones we tacitly approve, romanticize and even enjoy – there is no oxytocin rush or cultural capital coming down for grown children caring for elderly parents.

Changing a baby’s diaper may not be a mother’s favorite necessity, but it can be done with affection and without too much loss of dignity for either party. However, changing your mom’s diaper is the definition of ungrateful. Both sides are humiliated. It’s hard to write about without it turning into comedy. It’s not hard at all to write about.

“Mothercare” succeeds, and without bados or prudishness – though Tillman confesses that she never got used to the more excrement of her responsibilities. Each new complication in her mother’s medical lineage from a self-reliant, spiky, wayward woman to a second childhood challenges readers to examine their own conscience. If love is that thing of hugs and hugs and confessions we see on our screens, Tillman didn’t love her mom. But if love is action and agency for the benefit of another, regardless of feeling, liking, or lumping, then Tillman’s love was extraordinary. Like a mother’s.

“Mothercare” is practical, not sentimental. It flirts with being analytical. It’s even helpful, as Tillman goes through her and her sisters’ trials with doctors and home care. Although it is a memoir and not a novel, only Tillman the novelist could have produced it. I’ve often thought that much of her fiction had to do with the brutality of just… noticing – and of noticing one’s own noticing. “Some days I wanted to take everyone to court,” she writes in this book, “a godless Job-poor-me, why did this have to happen, a life-beaten feeling. Yes, poor me, poor everyone.” The daughter and the writer fight over the pen. If only we could be smooth and cynical, hard-hearted observers all the time, and sons and daughters never! But that’s not the deal, is it?

Call your mothers, ladies and gentlemen. But I don’t think Lynne Tillman will mind what you call them.

Jeremy M. Davies is a writer and editor living in New York. He is the author of the novels “Rose Alley” and ‘Fancy’ and the short story collection ‘The Knack of Doing’.