Guilty Until Proven: A Gay Refugee’s Confrontation With America 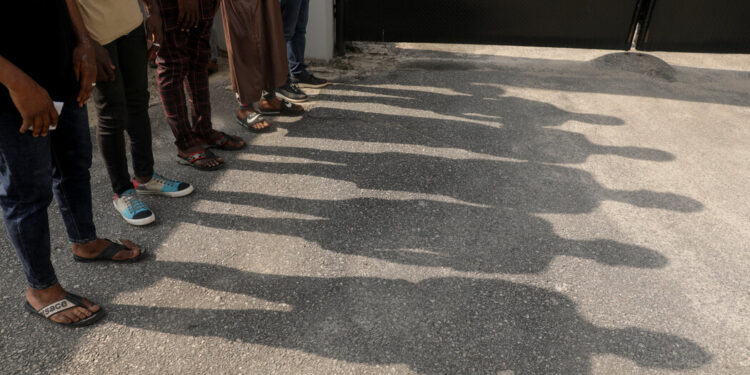 ASYLUM
A Memoir and Manifesto
By Edafe Okporo

Many around the world were stunned by American actor Jussie Smollett’s rambunctious testimony at his 2021 trial for a hate crime hoax he staged in 2019, when he asked two Nigerian brothers, Olabinjo and Abimbola Osundairo, to attack him and yelling racist and homophobic insults at him. on the streets of Chicago. Some Nigerians wondered: By including in his testimony the irrelevant detail of having “kissed” Abimbola – the key witness who testified against him – Smollett exacted revenge on a man from a country where homosexuality is not only punishable by social alienation , but prison?

In his insightful memoir ‘Asylum’, Nigerian refugee and activist Edafe Okporo paints a disturbing picture of just how dangerous being gay in Nigeria can be. “Open the door! We know you’re gay, and we’re going to kill you!” are the words that startle him one morning in 2016. His neighbors in the capital Abuja then break open his door and drag him outside, “beating me unconscious as kids behind us sang and cheered and clapped. Gay! Gay! gay! Gay!” ”

After recovering from a clinic, Okporo hides out at a friend’s house out of town, but within months a US award for his advocacy for gay men’s health care earns him unwanted publicity in a country where citizens are “encouraged to to warn the local authorities about known homosexuals. When they find his location, he writes, “I could be put in the police force, or worse, killed.” Okporo buys a ticket to New York City, believing that “America is a beacon of hope, given that gay men live their lives openly in the United States.”

Okporo’s mirage is shattered when he is marched straight from Kennedy Airport to a New Jersey detention center, complete with cells and blue jumpsuits. He learns that people who declare asylum at the US border are in fact considered illegal migrants until proven otherwise. It takes Okporo five months and 14 days to successfully avoid deportation: “I dropped my bags and ran out onto the road – for a moment I just stood still and in awe of my freedom.” But the excitement soon gives way to the realization that he has nowhere to go, has no idea “where to access housing, shelter or legal support.” This book is a passionate call for a more “humane system” to host refugees in a country that prides itself on fighting oppression. America “cannot be a beacon of hope,” Okporo writes, “while dehumanizing those seeking protection.”

But this argument lacks any acknowledgment of the existence of immigration fraud. According to a 2021 Africa Polling Institute survey, more than 70 percent of all Nigerians say they would immigrate to another country if given the chance. Anecdotally and from news reports in Nigeria, I know fellow Nigerian citizens who have tried to claim asylum status in the United States, Canada or Britain by fabricating threats from the jihadist group Boko Haram, or from homophobic laws in the country, when they not gay. Without condemning them, Okporo should have at least stated the reality of these false claims, for the sake of credibility.

At the age of 26 and with a bachelor’s degree, Okporo lands in America in October 2016 without knowing who Trump is or about the history of American slavery. The limitations of his knowledge can be shocking, such as when he writes that “Africans were deliberately not taught to read by our white settlers because of their belief that this would displace the imbalance of power between them and the natives.” While this was true of African Americans, the British in Nigeria made formal (albeit western) education an important part of their colonial agenda, to “civilize” the natives. And describing the possibility of exorcisms in his hometown of Udu as a gay teenager, he writes: “People suggested severe punishments, such as being tied up with ropes and being flogged to exorcise the demon – a direct link to the Bible: Jesus had done the same thing to cast out the demons of the two men in Matthew.” However, in Matthew, Jesus simply commands these demons to “Go!” and they leave—without violence.

But when it comes to immigration policies and processes, Okporo knows his facts and presents them in a way that makes you want to get involved in his activism. “Asylum” is a disturbing account that humanizes a nameless, faceless mob caught up in an issue with no clear end in sight.