In search of relief, he disappeared into a hiker’s Bermuda Triangle 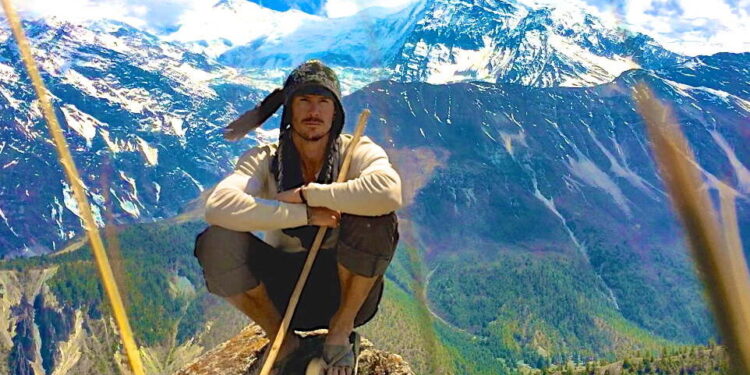 It’s hard not to love Shetler on some level, for his innocence and limitations, for his quest for the elusive revelation that will reveal everything and soothe his broken self. “I’m going to put my heart into it and see what happens,” reads an Instagram post without a speck of irony for his ill-fated trek to Mantalai Lake. It’s always there, the revelation, up on the mountain in the distance, at the glacial lake, around the bend and down at the river. Shetler is a tireless pursuer of that ghost and willing to strip himself again and again and follow anyone to find him. And yet, Rustad, who has written for publications like Outside magazine and is editor-in-chief of The Walrus, a Canadian public interest publication, is hunting bigger game here as he unfolds the story.

What possesses Shetler? We learn that he is the child of the divorce, with on one side a father whose own experiences in India strongly influenced Shetler (as did their father and teenage son who used hallucinogens) and a mother whose spiritual influence can be attributed to the Hindu -inflected Eckankar religion, born in the 1960s by Paul Twitchell, a former colleague of L. Ron Hubbard, who promoted “soul travel”, the chanting of the word “Hu”, and a belief system that is said to have started when an essence was known as Gakko came to Earth six million years ago from the city of Retz on Venus.

In the tumult of this early life, buoyed by fragmented spirituality, Shetler finds ground in nature and in a range of writings from Jack London to Thoreau. He is sent to Tracker School in New Jersey, of all places, where days are spent in the forests of the Pine Barrens, moving with and like animals. An old friend, Tracy Frey, describes the school this way: “It’s a beacon for lost boys. It brings them so close to finding something that is actually internal, but not quite. And then they get further lost, because it’s so confusing.”

Yes, of course, there is a childhood trauma buried here, which Rustad is holding back until a perfectly timed moment. And there’s the slightest misstep when Rustad brings his own memories into the story and then seems to think better of it. This is easily forgiven as he is such a determined storyteller and we can’t look away from Shetler, the “introspective kid” who will lead a punk band in Seattle, take a job at a startup that makes a nice coin, tosses then it all away for his spiritual ministries. While he gently brags and promotes himself on social media – but never monetizes his shit – he dances closer and closer to the frothy edge.

The book’s most interesting fulcrum, then, is Shetler’s compulsion to post and blog, to digitize himself, while equally forced to isolate and hermit. He wants to be loved and admired, that’s for sure. But he also seems to want solitude, to narrow the opening of his mind to what is important. This is his central torment. Meanwhile, he is caught up in a cycle where he must outdo himself for his followers, in an authentic way. Exercising these contradictions leads to perhaps the most telling spiritual question: If you’re not posting about a profound experience, did it really happen?