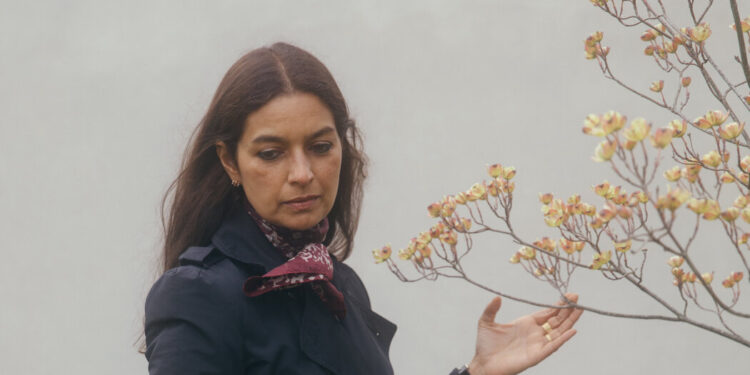 For the children of immigrants who speak a different language, this process is inevitably more fraught than for the children of monolingual parents. Lahiri always shuffled between her parents’ language, Bengali, and that of the Americas where she grew up. It was natural for her to think about the meaning of these different language universes – and also natural for her to determine that she would bridge this divide. This determination could be called the first emotional requirement of any translator: “I was born with the character of a translator, in the sense that my overriding desire was to connect disparate worlds.”

Yet she does not dwell on what you might call the postcolonial or political aspects of her own biography. Nor is she hindered by the piety that often surrounds translation writing. Instead, “Art isn’t — shouldn’t be a tool for change of any kind,” she writes. “Once art connects to a social or political purpose, it loses its true purpose, which is not to change the world, but to investigate the phenomenon and consequences of change itself.” The book, on the other hand, deals with the consequences of the seemingly simple act of choosing your own words.

Lahiri knows that no word is ‘our words’. She is skeptical of our ability to escape the trap of reflexive expression. Yet her book also contains hope in the liberating power of language. If we have to use someone else’s words, at least let’s not pretend they’re our own. Let’s at least try to turn the involuntary language process into a conscious act.

We are individuals to the extent that we can express ourselves within certain patterns, in accordance with specific needs and relationships. Language, like biology or social conditions, is one of these patterns; and as anyone who has ever tried to lose a foreign accent knows, it is impossible for almost anyone to escape those patterns.

But that doesn’t mean we shouldn’t try. Hidden within “Translating Myself and Others” is a quasi-mystical project of self-creation: “To translate is to look in a mirror and see someone other than yourself,” Lahiri writes. What is left of us if we remove the apparatus of inherited expression? If her project, like all extreme schemes of self-invention, seems hopeless, her doomed but heroic quest for freedom gives this book its life. She knows the illusion of freedom is an illusion. But her pursuit of Italian is about something much bigger than synonyms or dictionaries or nouns. Studying this foreign language is or can be a liberation, says Lahiri: “I write in Italian to feel free.”