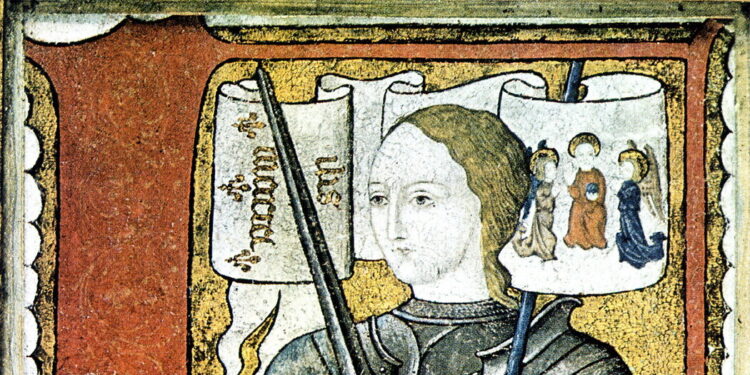 As Chen’s Dauphin (the controversial heir to the French crown) puts it, ‘You are not a scholar, a philosopher or an ambassador. … So I ask again, what can you do for us?”

Her answer could come with a John Williams soundtrack. “‘Your Majesty,’ Joan says quietly, ‘I can fight.'”

In Chen’s fictional narration, Joan’s motivation is not prophetic but personal: an abusive father and the brutal rape of her sister by ambushing English soldiers. (The historic Joan’s sister, Catherine, died in childbirth.)

‘I’ve been thinking to myself,’ Joan tells the dauphin, ‘what choices does a woman have for revenge, for justice. … So when I spoke to God that morning, if I have to scream, I decided to let it be in battle.”

This is exciting stuff, and Chen creates a rich, visceral world, from Joan’s father nearly ripping her ear off, to pulling an arrow from her own neck, as told by her squire: “We heard the sound of flesh tearing. … She bit her teeth together and with one last twist, a painful wrench, the arrow came loose. She tossed it aside and gasped before sitting up, one hand over her wound.”

This isn’t your grandmother’s St. Joan. The usual story of visions and visits is here portrayed as only a feature of the times. If Joan wins, according to the logic of 1429, she must have been sent by God. And since Chen left the action before Joan’s trial, we don’t get her vivid testimony of saints bathed in light, or the apparent power of her unwavering faith.