Metabolizing the world into something wild and painfully alive 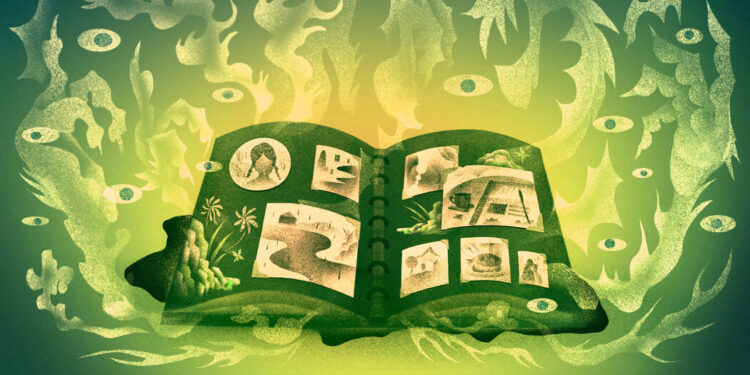 GODS OF WILL: Stories, by K-Ming Chang

Where novels are often described as: ambitious, and omnivore, short stories are rarely supposed to have an appetite – to run rampant through the reader’s mind, hungry, devouring, haggard. The most common metaphors that try to sum up the specific work a short story can do are postcards and photo albums, icebergs and carefully etched cameos: silent, patient objects that display themselves in a calm manner. Perhaps that’s why the ferocious little machines in Taiwanese-American writer K-Ming Chang’s first collection, “Gods of Want” — the follow-up to her plucky debut novel, “Bestiary” — feel so unexpected: Each one is possessed of a powerful hunger, a drive to metabolize and transform the recognizable features of a familiar world into something wilder and painfully alive.

Within these stories, obsessed with the vagaries of emigration and adolescence and populated by ghosts and spirits, the rigid, regulated structures of life in America dissolve into a slipstream of folkloric myth. In ‘Nüwa’, two sisters think that the freight train that passes through their village every night is bleeding, until they realize it is the blood of local girls who have been swallowed by the train, cocooned in scaly shields. In ‘Dykes’, which follows two Chinese girls who work at a strip-mall sushi restaurant in drought-stricken Las Vegas, the streets roam and the neighborhood raccoons evolve into agile, otter-like creatures that flock to schools across the Strip. swimming. Elsewhere, an aunt who accidentally killed a young girl during compulsory military training negotiates a debt to be paid with her life; the women from Virginia Slim’s magazine ads come to life. Severed braids turn into snakes and spines again and again, transfiguration around a shared, preserved form. Girls kiss girls, taste each other’s faces and blood, lick each other up with an uncanny eroticism that is tinged with child intimacy, but also decidedly queer.

But these plots are not so much the focal point of Chang’s stories as the framework within which she rewrites the world as a place of radical transformation, resisting the rigidities of both realism and cultural assimilation. Her characters – mostly members of the East Asian diaspora – and the objects that surround them, work their way through a cascade of literal and figurative changes. You see how the “yellowed body of a train follows the tracks like a finger drawing a scar”; another, looking at a Virginia Slims ad, “could smell the salt folds between the woman’s legs, the waves unfurling like tongues behind her, waiting to lick her back.” Chang pushes language into strange, swirling inversions, eroding its given meanings: a character named Ail (her dead mother misspelled Ali on her birth certificate) “edited words” and tongues a strawberry all over before eating it, an act that she calls ‘sabering’, rather than ‘enjoy’, adding layers of meaning through creative misreading.

At times the rhythmic, idiosyncratic nature of these transformations can feel a bit repetitive, but the lingering quality of Chang’s aesthetic is a powerful gesture in itself: if the dominant culture derives its strength in part from constant repetition and reaffirmation, the fluid logic of these stories will question for the same unyielding presence. Emigration is a form of transformation, changing a person in both chosen and forced ways, and Chang channels the churn, precarity, surrounding turmoil and threat of disappearance that are part of the emigrant experience in sinewy text that conveys this deep reflects fungibility. It’s a voracious, penetrating collection, testament to how exciting the short story can be in the hands of a writer who, as one of her narrators puts it, “somehow…made every word sound like wanting.” .”

Alexandra Kleeman is the most recent author of “Something New Under the Sun”.