New in Paperback: ‘The Love Songs of WEB Du Bois’ and ‘Bloodlands’ 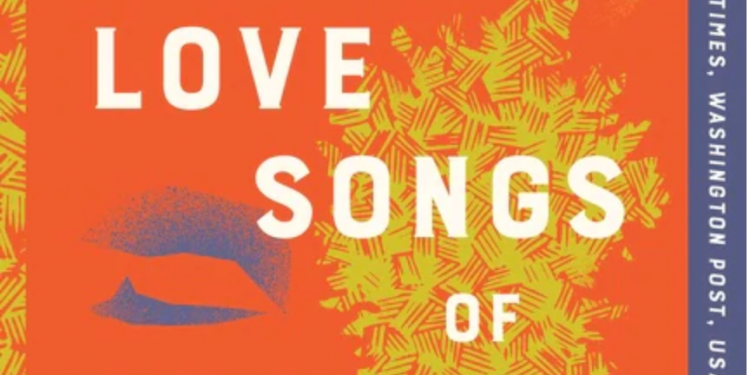 THE LOVES OF WEB DU BOIS† by Honoree Fanonne Jeffers. (Harper Perennial, 816 pp., $20.) This debut novel, one of the Book Review’s 10 Best Books of 2021, tells the convergent stories of a black girl growing up in the late 20th century and the “songs” of her Native American and enslaved African American ancestors. Our reviewer, Veronica Chambers, wrote that it was “simply the best book I’ve read in a very, very long time.”

BLOODLANDS: Europe between Hitler and Stalin† by Timothy Snyder. (Basic Books, 592 pp., $22.99.) Originally published in 2012, Snyder’s updated account of the horrific killings in the region between Germany and Russia (Poland, Ukraine, the Baltic region, and Belarus) by Nazi and Soviet forces, includes the author’s reflections on the current global situation .

semicolon: The past, present and future of a misunderstood brand† by Cecelia Watson. (Ecco, 224 pp., $16.99.) This “biography” describes the life of the semicolon from its origins in the Venice of the late 15th century to its declining use today. Former Times critic Parul Sehgal noted that Watson covers vast areas as he “skips back and forth like a sandpiper on the banks of the Great Debates of Language”.

I NEVER PROMISE YOU A ROSARY† by Joanne Greenberg. (Penguin Classics, 304 pp., $17.) A reissue of Greenberg’s 1964 novel, in which a 16-year-old with schizophrenia spends three years in a mental hospital, trying to escape an imaginary world. RV Cassill, who originally reviewed the book for The Times, called it “a fitting culmination of a flight from the Old World to the New.”

THE INTERRUPTED JOURNEY: Two Lost Hours Aboard a UFO: The Kidnapping of Betty and Barney Hill† by John Fuller. (Vintage, 464 pp., $18.) In this mainstay of the alien abduction story, originally published in 1966, a New Hampshire couple share the story of their UFO abduction while driving down a deserted road on a summer night in 1961. It is considered the first. modern assertion of such an encounter. †

THREE RINGS: A story of exile, story and fate† by Daniel Mendelsohn. (New York Review Books, 128 pp., $15.95.) This book weaves together the story of three exiled writers who turned to the classics, mixing memoir, biography, history and criticism to tell a story that, as our reviewer, Becca Rothfeld noted, “is so maddened by interrelationships that it both arouses paranoia”. and enchantment.”