Nixon’s Tricks, Expeditions to Antarctica, and Other Letters to the Editor 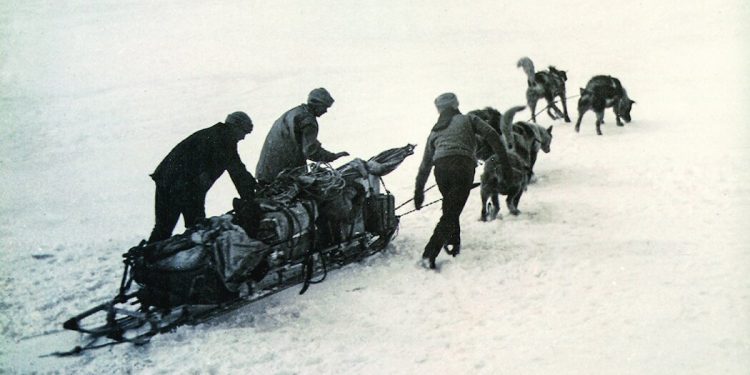 The Times reported on Feb. 4 that a team of researchers was heading to the Weddell Sea to find the wreck of Shackleton’s ship, the Endurance; this suggests that the passion and interest in Shackleton, Scott, and the polar expeditions of a century ago persist, and not just among scientists.

In his review of Garrett Graff’s book “Watergate: A New History” (February 20), Douglas Brinkley states that Richard Nixon’s “refusal to immediately withdraw troops from Vietnam, coupled with his government’s illegal incursions into Cambodia and Laos, him had earned a bad reputation.” Those too young to remember might get the impression that Nixon’s management of the Vietnam War was the source of that reputation.In fact, Nixon was considered a villain by much of the country based on his House campaign of 1946 and his Senate campaign of 1950, in which he defamed his Democratic challengers, not to mention the presidential campaigns against John Kennedy and Hubert Humphrey. he’s widely regarded as a sore loser (“You don’t have Nixon to kick around anymore,” he said after the loss.) In reality, Richard Nixon earned his reputation and the nickname “Tricky Dick” long before the 1970s and Watergate.

Jennifer Wilson’s review of Alejandro Zambra’s novel “Chilean Poet” (February 20) states that excellent and prolific translators such as Megan McDowell help spark interest in Latin American literature. Another reason is easier reader access to Spanish-language literature and their translations through ebooks and online platforms. Small nonprofit presses such as Deep Vellum in Dallas, White Pine Press in Buffalo, and Scotland’s Charco Press have published excellent translations from outstanding writers such as Sergio Pitol, Perla Suez, and Gabriela Cabezón Cámara, among others. Personally, I’d like to see the Book Review highlight more of the work of these smaller presses and also review Spanish-language books. This is not an outrageous idea given that more than 13 percent of the American population is made up of Hispanic communities, and the number is growing.

In the column Newly published on February 20, the title of a book by Laura Shin was wrong. It’s “The Cryptopians,” not “The Cryptonians.” The price of the book was also wrong in the column. It’s $32, not $18.99.