Risking their lives to defy Hitler 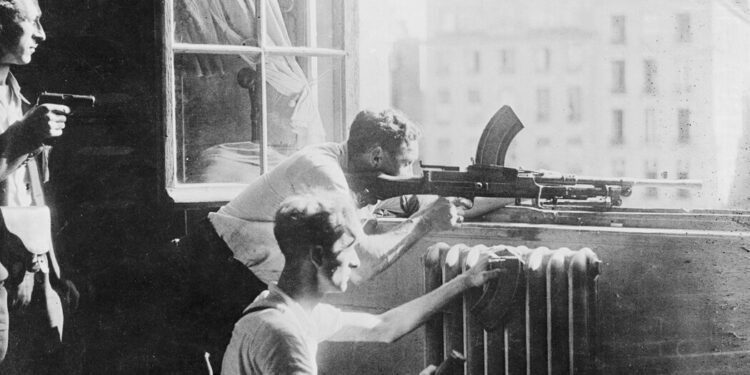 Kochanski effectively tells this story based on in-depth research (though almost entirely in English-language sources). Her long book is always interesting and readable, sensitive to the powerful human drama it presents.

Often, however, Kochanski undermines the depth of her research through her rigid way of thinking about it. The most glaring example is her exclusion of German internal resistance from the story. Kochanski tells us that she wants to write a ‘balanced’ portrait of all the European resistance that avoids the ‘pitfalls of nationalism’. But she also tells us that since Germany had not been invaded or occupied, “there was nothing to resist”. The German opposition, Kochanski says, was only aimed at preventing the country from losing the war. “The internal opposition within a conquering nation,” she concludes, “has nothing in common with the resistance in the countries it has defeated and occupied.”

This is nonsense. In fact, that German resistance fighters sought only German victory, or at least to avoid defeat, is a caricature of the conservative military resistance that culminated in the famous 1944 Valkyrie plot, many members of which were driven by moral aversion to Hitler’s crimes and whose roots stretched back to before the war. But in any case, the greatest number of resistance activists in Nazi Germany came not from the nationalist right, but from the communist left. In 1933 there were about 300,000 members of the Communist Party in Germany. An estimated 30,000 of them formed underground resistance cells, and perhaps 60,000 spent at least some time in a concentration camp. This overshadows every other movement, and the motivation of these activists (ideological opposition to Nazism) and the problems and challenges they faced (the dangers of working underground and living a double life) were no different than anywhere else in Europe. Many of the resistance fighters that Kochanski speaks of, for example in France or Norway, also had to deal with the problem of fighting their own government.

Nevertheless, this is an instructive book. Kochanski tells us about Norwegian teachers who heeded their puppet government’s demands to reform the school curriculum, and about the oath of the pro-fascist Vichy French police, the Milice, whose members swore their opposition to “democracy, individualism and international capitalism” and their support for “an authoritarian, National Socialist regime.” One doesn’t have to listen too closely to notice the melancholic echoes in our own time.

Benjamin Carter Hett is the author of ‘The Death of Democracy’ and ‘The Nazi Menace’.