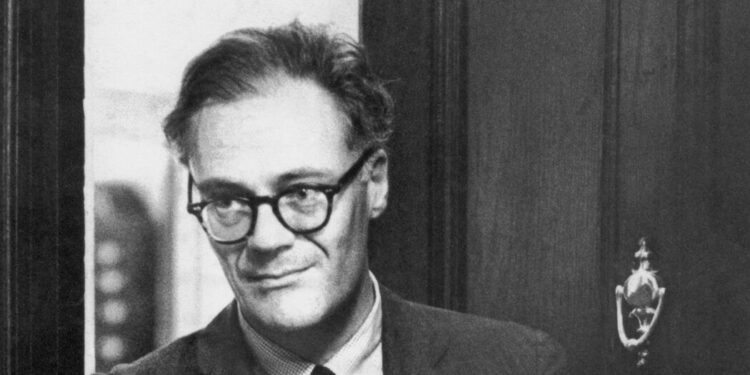 While Lowell could be both humorous and lighthearted in life, he rarely showed it in his work. But here are his portraits – of tacky old salts, his father’s friends from the navy days, a lady of the Christian Science Society, the sharp retort of his overbearing mother – deft and cheerful, adjectives we don’t usually associate with Lowell. Sometimes they are reminiscent of one of Congreve’s or Sheridan’s comedies about manners. Lowell shows an ear, in this case for talking, nowhere to be found in his often clotted, lead verse. Then there’s his relentlessly scathing portrayal of his weak and hesitant father, a family problem, it seemed. Lowell inexplicably takes pleasure in humiliating the old man, who, while generally oblivious to his son and only child, does not appear to have been particularly unkind.

If Lowell were nearly as cruel in his rather dull and flattering portrayals of his literary mentors, friends, and epigones, the “Life Among Writers” section of “Memoirs” would be immeasurably more interesting. (For comparison, consider Hemingway’s brilliantly vile portraits in “A Moveable Feast,” by Gertrude Stein, F. Scott Fitzgerald, and Wyndham Lewis, with the eyes “of a failed rapist.”) But Lowell was nothing but political in this one. consider among other things.

Aside from a chapter called “91 Revere Street,” which made its way into “Life Studies,” “My Autobiography” sat in Lowell’s desk drawer for decades, unpublished and unread until Giroux plucked two more of its chapters and combined them for an essay in “Collected Prose.” It deserves a wider audience. Overall, “My Autobiography” is nothing short of a treasure in the literary memoir genre. You may wonder if over time it will become the piece Lowell is most reminded of.

It had an interesting history. While with Payne Whitney, Lowell was engaged in “talk therapy” sessions with his psychoanalyst. His own poetry had been blocked for some time, and as he recounted the scenes and events of his childhood, Lowell found the feelings attached to the memory loosening. Leaving the clinic in 1954 after an extended stay, he immediately set to work on “My Autobiography”, going so far as to move with Elizabeth Hardwick, his wife at the time, into a house just a block from 91 Revere Street. , so that to better stimulate these childhood memories. His breakthrough book, and what many consider his best, “Life Studies,” was published five years later, to both praise and, in some quarters, dismay. American poetry would never be the same.

August Kleinzahler is the author of more than a dozen books of poems and a memoir, “Cutty, One Rock.”