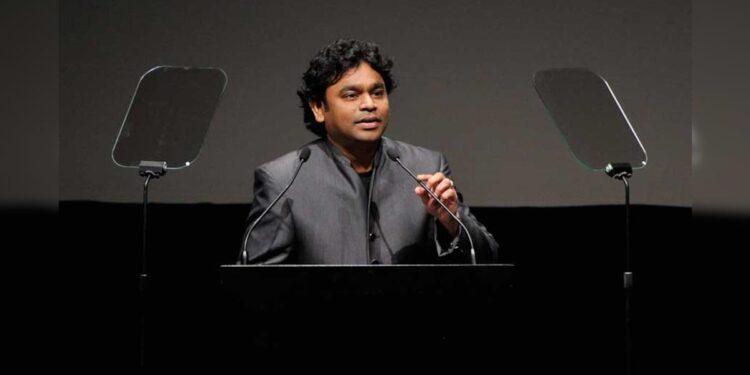 An authorized biography of AR Rahman will be released in August, featuring intimate interviews with the musical wizard and anecdotes from key figures from his life.

In Notes of a Dream: The Authorized Biography of AR Rahman by Krishna Trilok, the multiple Oscar winner talks about his philosophies: hope, perseverance, positivity and love.

From his early days as a composer of ad jingles to his first major breakthrough in feature films, from his eagerness to integrate new technology with old-fashioned music to the founding of his music school, from his resounding entry on the international stage to his directorial debut, from his philanthropy to his inner life, Notes from a dream captures the nostalgia, drama and extraordinary success story of Rahman, said Penguin publishing house.

“All these years you’ve known me through my music. Now I look forward to seeing you read about who I am and the story of where I’m going,” Rahman said of the book.

Filmmaker Danny Boyle has written the foreword to the book. “Rahman’s talent is matched by his appetite, his modesty and his generosity. All surrendered to the troubadour mentality; we are in the service of the music,” he said. Biographer Trilok called Rahman’s story “graceful and inspiring evidence of the power of love, talent and hard work”.

According to Meru Gokhale, Editor-in-Chief (Literary Publishing) at Penguin Random House India: “This is a coup for Penguin Random House, the first authorized biography of India’s musical superstar, and we are delighted to be the publishers of this book.”

Manasi Subramaniam, Senior Commissioning Editor at Penguin Random House India, said the book is “a combination of a nostalgic journey, a musical journey and a warm, loving look into the mind and heart of one of the greatest virtuosos of our time” .