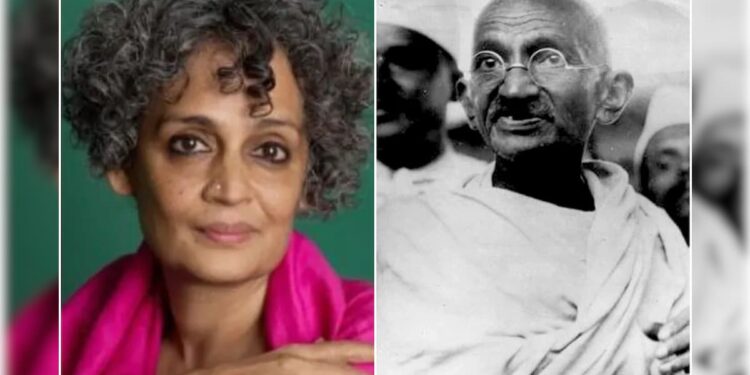 In a new book titled Rebels with a purpose, famous dissenters and why they are not being listened to, the author, Professor TT Ram Mohan follows the trajectory of famous dissenters such as Arundhati Roy, Oliver Stone, Kancha Ilaiah, David Irving, Yanis Varoufakis, UG Krishnamurti and John Pilger to show how in practice dissent is often rigidly demarcated and it is only the celebrity status of these dissenters in some cases that has kept them from being actively harmed.

For example, Mohan argues that Arundhati Roy has been nothing but controversial in her decades-long career, taking over the establishment and always being the mouthpiece of the marginalized. The Indian government, the Indian judiciary, the United States, Israel, big business, the mainstream media, Narendra Modi and many others have earned her scorn. Mohan writes in his book, “Roy wants to set the whole world right. When you make so many enemies, it’s hard to survive. Roy’s international stature has saved her the crippling costs often associated with exposing the high and low But because of her celebrity status, she may have long since been trampled, perhaps languishing in obscurity in an Indian prison.”

Roy, who has generally been an active critic of the Hindutva brigade, has also not spared Mahatma Gandhi and BR Ambedkar in the past. In TT Ram Mohan’s book, the author recalls how Roy’s introduction to Ambedkar’s Annihilation of Caste caused a firestorm. Mohan writes:

“In early 2014, Arundhati Roy wrote a lengthy introduction to one of BR Ambedkar’s most powerful works, Destruction of Kaste, published by Navayana, a New Delhi publishing house. The introduction is not just about the book or even about Ambedkar. Much of it is dedicated to Gandhi. The Gandhi that Roy portrays is not the champion of the oppressed we know. He is a spokesperson for the ‘haves’ in society, both in South Africa and India. Roy’s essay knocks Gandhi down a few paws. As much as Roy admires Ambedkar, she doesn’t spare him either. She suggests that his views on Adivasi are just as patronizing as Gandhi’s on Untouchables. She says Ambedkar saw Adivasis as retarded, even savage. The Indian constitution, of which Ambedkar was the author, allowed the Indian state to usurp Adivasi’s homelands, reducing Adivasi to ‘squatters on their own land’.”

Needless to say, this introduction was not well received by many. While Gandhi’s grandson and noted historian Rajmohan Gandhi claimed it was intended to ruin Mahatma’s image, Dalits criticized Roy for defaming Ambedkar’s name. Mohan explains that the reason caste destruction was revolutionary in its intent was because it claimed that caste cannot be destroyed by abolishing untouchability or by caste inter-caste or inter-caste dinners, which were the means by which many Hindu reformers insisted on over the years.

Roy’s lengthy introduction doesn’t say much about Annihilation itself. It tells more about the evolution of the caste system and the predicament of the untouchables in Hindu society. “Untouchables” is one of the two expressions Ambedkar preferred to use, the other being depressed classes. The expression ‘Dalit’ only came into use much later. (I only use the word “Untouchables” in this essay to be true to Ambedkar’s usage. Roy uses the same expression.) Roy also pits Gandhi against Ambedkar in the fight against the caste system.

Roy sees Gandhi as a defender of the caste system. His campaign against untouchability, she argues, was designed to keep the untouchables within the Hindu fold without dismantling the caste system itself. Roy takes a long look at how Gandhi frustrated Ambedkar’s relentless efforts to get justice for the Untouchables. Then comes the worst of all: Gandhi’s views on caste were consistent with his reactionary views on race when he was in Africa – in both cases Gandhi was a spokesman for the privileged. I come to Gandhi’s views on racing during his time in Africa a little later.

Roy quotes Gandhi as saying in 1921: “I believe that if Hindu society has survived, it is because it is founded on the caste system . . . To destroy the caste system and take over the Western European social system, Hindus must renounce the principle of hereditary occupation, which is the soul of the caste system. Hereditary principle is an eternal principle. To change is to create disorder. I have no need for a brahmin if I cannot call him a brahmin for my life. It will be chaos if every day a Brahmin is turned into a Shudra and a Shudra into a Brahmin.”

Again, in 1921 Gandhi wrote in his diary Navjivan: Caste is another name for control. Caste sets a limit to enjoyment. Caste does not allow a person to cross caste boundaries in the pursuit of his pleasure. That is the meaning of caste restrictions like inter-dining and inter-marriage. . . Since these are my views, I am against all those who seek to destroy the caste system. Gandhi could not have been more explicit in his views on this subject. Roy says that many of Gandhi’s early interventions in caste conflict showed that he was interested in abolishing untouchability, but not in the caste system itself.

Mohan writes that in South Africa Roy tried to connect Gandhi’s position on caste with his views on race: in both cases Gandhi stood for the privileged minority, she says. In Mohan’s book he writes:

“Roy’s account of Gandhi’s stay in South Africa is an eye-opener. This is not the Gandhi story we grew up with, the story of his heroic struggle for the cause of the oppressed that earned him the title ‘Mahatma’. Roy states that Gandhi’s was

a limited struggle intended to benefit the wealthy Indians in South Africa. In this struggle, Gandhi initially tried his best to cooperate with the British Empire in hopes of winning concessions. He showed little interest in the ordinary Indian laborer or the black population. Roy believes that Gandhi’s views on blacks in South Africa were downright racist and that his “views on race foreshadowed his views on caste.”

Gandhi went to South Africa to take up a business for a wealthy Indian merchant. A few months later, the famous incident occurred where Gandhi was thrown from the first-class compartment of a train because it was reserved for whites. The story we have all been told is that this traumatic incident sparked the great awakening in Gandhi about the racist nature of white man rule and led to his battles with the British Raj in South Africa and India.

But that’s not Roy’s understanding of this incident. Her interpretation is explosive:

Gandhi was not offended by racial segregation. He was offended that “passenger Indians” – Indian merchants who were predominantly Muslim, but also Hindus from the privileged caste – who had come to South Africa to do business were treated in the same way as native black Africans. Gandhi’s argument was that Indian passengers came to Natal as British subjects and were entitled to equal treatment based on Queen Victoria’s 1858 proclamation affirming the equality of all Imperial subjects.

In other words, Gandhi was offended by racism only insofar as it affected a privileged category of Indians. He was not bothered by the racism that white rulers practiced against the vast majority of people in South Africa.

The following excerpts are published with permission from Penguin Publishers.