Book alert! Here’s What To Expect From Christopher C. Doyle’s Sequel To ‘The Pataala Prophecy’ 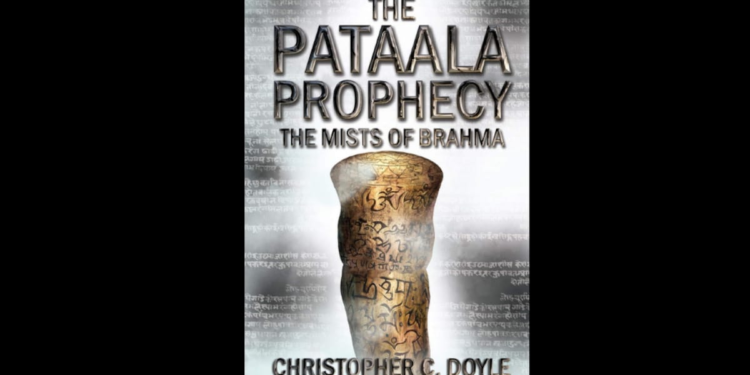 There is no shortage of mythological fiction in India. In fact, so many Indian English authors are writing about this category these days that it deserves a separate section in the bookstore.

However, it’s not because it’s a popular genre that it’s easy to write this kind of literature, which not only lives in the shadowy valleys between mythology and history, but is also capable of satisfying the social media-addicted and ever-scrolling – on their phones millennial readers.

Few authors have had success with this genre and if popularity depends on anything, writer Christopher C. Doyle, whose previous series, The Mahabharata Quest, quickly caused a stir among young adult readers, is certainly one of them.

One of the features of Doyle’s books that may make him popular with younger audiences is that, unlike other mythological fiction writers who only live in the past, Doyle’s books intertwine mythological lands and modern realities.

The new book claims to have an amalgam of mythology, mystery and adventure, as the series’ teenage protagonists, Maya and Arjun, return to face a new ruthless foe. The book’s blurb also promises “an enigma, an ancient mystery” that even maharishis fear, that must be solved to stop an impending doom upon this world.

In the previous book, “The Pataala Prophecy: Son of Bhrigu,” we first met Maya and Arjun as 15-year-olds whose simple lives were completely changed after the brutal murder of their favorite history teacher.

The book introduced a formidable mysterious antagonist, a “stranger” who emerged from the Pataala after 5000 years with the goal of destroying a secret society called the Sangha. However, Arjun and Maya joined forces with the Sangha (a secret society) to fight the stranger and if you want to know how that fight ended, you have to read that book. However, the sequel means that Maya and Arjun have clearly survived that ordeal and are ready to dive into a new mystery-solving adventure.

If you want to know how the book’s sequel, ‘The Mists of Brahma’ begins, here is a portion of the book’s preface written by Christopher C. Doyle, for your reading.

“The adversity is only temporary, O Sage.” Shukra was deep in thought. He moved and looked at the Naga who had spoken, a huge creature over ten feet tall and all muscle, towering over him as he sat thoughtfully in his secret cave. Encouraged by Shukra’s silence, the Naga continued: “Garuda will not remain long in the Gurukul. His place is near his Lord, near Dwarka, the place where Krishna lived in Bhu-lok. If he has not returned yet to his island “He will, and soon. There are more Gurukuls scattered about Bharatvarsha. How many will Garuda defend?”

“There are the sadhs,” added a second Naga, equally massive. “We now know that the Sangha is weak. If we disperse among the sadhs, we can take Bhu-lok ourselves.’

He let the hint of a chuckle escape him. “We don’t need the Daityas or Danavas or even the Mahanagas.” ‘Kuhaka, Kâlya,’ the third Naga, who had been silent thus far, addressed the two Nagas who had just spoken. He was the largest of the trio, standing head and shoulders above the other two gigantic reptiles and speaking with a tone of authority and superiority.

“You do not understand the mind of the Sage. The Gurukul we attacked is where the One of the prophecy resides. We will achieve nothing if we create chaos and panic among the sadhs or destroy the other Gurukuls, as long as Yayati’s scion lives And Garuda will “who defend Gurukul with his life. We have to be realistic. We have to find a way to get the boy.”

“No, Takshaka.” Shukra finally spoke, standing up. “You are right about the boy from the prophecy who resides in the Gurukul. But he is weak. He is not ready. I do not see him as a threat. He means nothing to me.”

‘Then what do you want us to do, son of Bhrigu?’ asked Takshaka. “The ranks have been restless for the past week. They have not taken their defeat well. None of them had gone to the Gurukul expecting to be defeated. Shall we mount another attack and finish the boy before he has a chance to fulfill the prophecy?” Shukra shook his head.

“No, Takshaka. If I want to kill the boy, I don’t need the Nagas to help me. Even Garuda can’t protect the Gurukul if I use my powers against it. But there are always costs. Even for someone like me. And at the moment those costs are not worth it. I have a lot of work to do before my plans become a reality. And I have learned what I need now. But you have raised a valid matter. Your troops must be satisfied.” He paused. The three Nagas waited for Shukra to move on.

“This is what I want you to do,” Shukra began. The Nagas listened intently. “You can’t be serious, Sage!” Takshaka exploded when Shukra was done.

“You must listen and obey,” ordered Bhrigu’s son in a stern voice. “What I’ve asked you for is the only way forward for me.”

Takshaka and his companions stood uncertain for a few moments. Then they bowed in unison and left the Son of Bhrigu alone with his thoughts.

The following excerpt from the book The Pataala Prophecy: The Mists of Brahma, written by Christopher C. Doyle, is published with permission from Westland Publishers. The book costs Rs 399 (paperback)