Book Review: Ruskin Bond’s The Beauty of All My Days Is Captivating 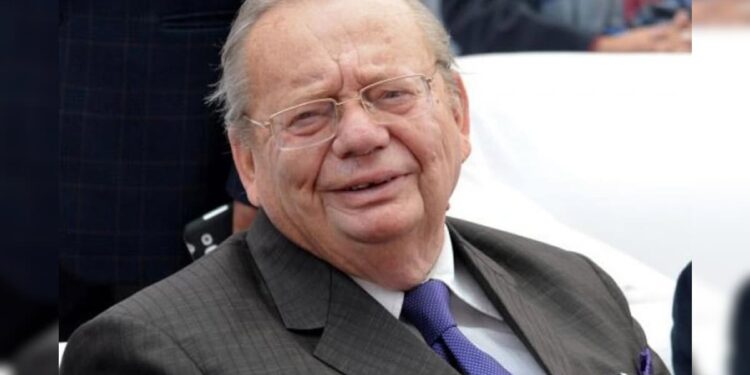 Book: The beauty of all my days

Life is one epic story and the experiences each individual has are varied and different. Author Ruskin Bond has written down his life experiences – in both fiction and nonfiction – for over six decades now and is back with a new memoir.

Wrapped in a surreal cover, with colorful flowers soothing the reader’s impatient eyes, “The Beauty of All My Days” is dedicated to “all kind readers and benefactors who wait patiently outside Mussoorie’s Cambridge Book Depot on Saturday afternoons”. As usual, the great ancient author of India visits the bookshop to interact with his readers. “It’s a special time for me when I meet and sign their books,” he notes in the dedication section of the newly released book.

The book has 10 chapters and numerous photos of the writer’s private life, or as Bond describes it, the writer’s life. But Rusty, as his fans fondly call him, has written several similar books in the past, such as “Lone Fox Dancing” and “Looking For the Rainbow.” Every time you think you know enough about the writer so dearly adored across the country, there’s something new he throws at you.

And he does it again in “The Beauty of All My Days”.

In the memoir, Bond wonders if his life would have been very different if his parents “hadn’t committed the mistakes and indiscretions that shaped their lives and mine and my brother and sister’s”. Here those who have read his earlier works will remember the not so successful marriage of Bond’s parents – Aubrey Bond and Edith Clarke.

So Bond is repetitive? Perhaps, but he adds layers of reflections and shows the reader that there are different interpretations of human memory, and that the human mind sees them differently at different stages of their lives. “Memory improves with age,” he had argued in a previous book, and the offerings we have now show that memory improvement may be a more mature view of the past.

“…if they (his parents) hadn’t met, I wouldn’t have come into this world, and that would have been a shame, because in general I’ve had a happy and fulfilling life and have fun with a few people given readers, young and old, I am a person without much regret…

“I did not inherit anything of material value – not a cent, not a room that I could call mine,” recalls the author who began his literary adventure with “A Room on the Roof”, whose main character “Rusty” became life – long synonymous with the writer.

“…but I inherited my father’s intellect and my mother’s sensuality, and maybe those two made me a writer,” Bond jokes.

The memoir features stories of finding his own space, of his writing room, picnics, and the little things often ignored in our fast-paced lives. But perhaps the most important revelation the book brings is why Bond never writes about politics.

Bond notes that since “everyone does that,” he thought he should be the exception and “focus instead on birth and death and the time in between.”

“The problem with political issues is that they come and go very quickly, and if you make them a part of your story, it’s appropriate to date the writing. A short story I wrote 60 years ago, about meeting a blind girl on a train (The Eyes Have It / The Eyes Are Not Here / The Girl on the Train) is still enjoyed by young people today; but if the story had been about an encounter with a politician who was about to open an eye camp in his constituency, would it have the same impact today?

“The subject is for the news media of the day. The loves of… Romeo and Juliet, or Laila and Majnu, are timeless stories,” he writes.

But he also claims that he has not ignored politics or political issues. “Different governments, different parties in power, different eras. I am fortunate to have witnessed a bit of history; political history,” he notes, before writing extensively about India’s first prime minister, Jawaharlal Nehru.

He ends the memoir by answering a question he is often asked: “Have you never thought of moving to another country — to live somewhere else?”

This is where the tragedies of our time creep into its pages.

“As a boy I had romantic visions of Burma and the road to Mandalay. But it is a harsh, bigoted country today. And I don’t see myself writing poems in a poppy field in Afghanistan, my intentions would be misunderstood. Farther west, in Arabia and the Middle East there is only death and disaster: Syria, Iraq, Yemen, Libya… When will the suffering end?

“America? I’m not Hemingway, I’m afraid of guns. And he shot himself, didn’t he? South America, into the Amazon? But they chopped down all the forests,” laments the 84-year-old writer.

Bond relates that “Destiny, of the Great Librarian” took him to Landour’s humble Ivy Cottage, where he has lived since 1981.

‘Mother Hill at Mother Ganga, and here I have spent my best days and done my best work. And here I will stay until I have written the last word.’