Calcutta Clubs to Bollywood and Beyond: Here’s How Louiz Banks Became the ‘Godfather’ of Indian Jazz 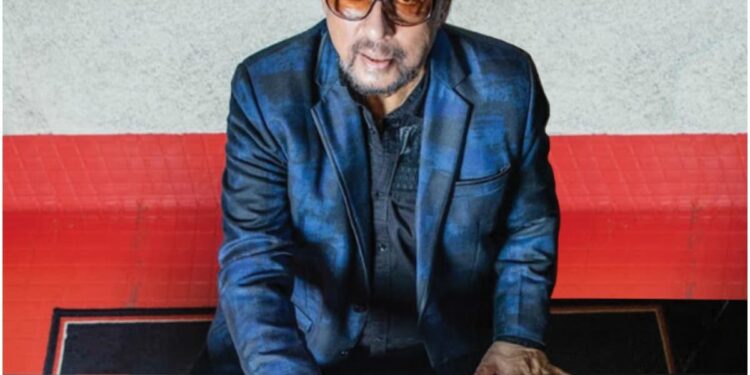 The composer of one of the most iconic tunes of the 90s, Mile Sur Mera Tumhara, Louis Banks turned 80 today. Banks’ contribution to contemporary and indo-fusion jazz is known as the godfather of Indian jazz and is incomparable. A book on Banks entitled Louiz Banks, A symphony of Love by Ashis Ghatak, published on the occasion of his 80th birthday, describes the musician’s journey from Calcutta clubs to international fame, his golden stint in Bollywood with RD Burman and gives lots of wonderful details about the Indian jazz scene of the 60s and 70s.

Ustab Zakir Hussain wrote a foreword to this book, calling Banks an unparalleled genius and a first-rate educator. In the book, Hussain writes: “When I think of Louis, the image that pops into my head is that of a gentle, legendary giant of not only the music world, but the arts in general. An artist of unparalleled genius, a Composer par excellence, a first-rate educator, a painter of prestige and a larger-than-life father figure, he is an inspiration to a horde of aspiring young musicians of all musical genres.”

Banks was at the helm when the new era of jazz reached its peak in the late 1970s and Bombay became the largest center of jazz music. In the book, Ghatak writes:

“Jazz that had once been a nest of the niche took on a new lease of life as it hit the masses. The Jazz Society was founded in Bombay in 1975. But it needed a spearhead like Niranjan Zaveri, a connoisseur and jazz lover. In his early life he once came across a pile of records with old jazz standards. The unique style of those jazz musicians initially made him mock their typical histrionics, until the time came when these songs gradually grew on him after sustained listening. He became a jazz impresario who took a vow to spread jazz in India. Under the auspices of The Jazz Society of Bombay, the International Jazz Yatra was founded in 1978.

The show was flagged by none other than the great Willis Conover, the man who has never played an instrument in his life but who had inspired a generation of jazz musicians and listeners with his shows on the radio. India’s tenor saxophonist, Rudy Cotton, was the first performer of the event as he played his composition adapted from what was once the signature tune of All India Radio. Later that week, Jazz-India Ensemble with Louiz Banks and Braz Gonsalves gave an inspiring performance. It had led many to think that they should have been the ideal show-opener of the event.

The event proved to be a milestone in Louis’ career as he showcased his keyboard skills to many others, including those he idolized at various stages of his life. The relentless appeal of playing in Blue Fox prompted Louis to return to his favorite city. His acquaintance with Niranjan Zaveri eventually turned out to be another example of meeting a godsend in his life. The International Jazz Yatra was a biennial event that ran until 2004.

From the next edition of International Jazz Yatra, Louiz Banks and his band found a new path to glory. But then he had to tear the umbilical cord with his beloved Calcutta and by chance certain events unfolded that only pushed Louis in that direction.”

The author writes that for Louiz Calcutta embodied “a magical space” and his love for the city was so great that he had previously refused to stay in Bombay, despite RD Burman’s request. However, when Calcutta was engulfed by the Naxal movement and most jazz bars struggled to survive amid such political turmoil, Banks decided it was best to leave the city and head to Mumbai. In the book, Ghatak writes:

“Calcutta, meanwhile, had undergone a slow but grim metamorphosis. The Naxalite movement had left a telltale effect in all parts of the city. The exotic land began to lose its usual luster as the tentacles of union work imperceptibly even reached Park Street. There was an acute crisis of work, and the once-lit chandeliers that shone to warm up the jazzy evenings faded out, hiding in their dusty halos the memories of a nostalgic past.
The exorbitant rate of the entertainment tax had reduced the number of music shows. The ghost of Park Street soon faded into oblivion with the departure of the Anglo-Indians and a large-scale infiltration of provincial culture. Music lost its enriched flavor. This time, Louiz made the decision to heed the call to get a chance given to him by Bombay, preserving the memories of Calcutta somewhere deep in his heart.

“There were power cuts every night. We had no work. Every night we stood on the sidewalk waiting for the power to come on. We were about to lose our jobs. I told my wife that the time had come to say it someday and the best place for me to go was Bombay,” Louiz said as the live music scene in Calcutta gradually shrank to a number of unfamiliar and seedy tents.

Louis felt that stopping the music in Blue Fox was the dictum of God. Together with Lorraine and his three children, he boarded the train with his Rhodes piano model and 300 in his pocket for another unseen future. He spoke of the event with a hearty laugh and said that on the day he made his journey in the general non-reserved compartment from Howrah to Bombay, the compartment was full. To the dismay of the passengers, he placed his piano in the hallway between two rows of seats. Before the passengers’ anxiety spiraled out of control, he had everyone stretch their legs over the piano. They gradually calmed down. Now that he was in his plush Santacruz Bangalow, the poor pianist’s memories of those days of struggle did indeed sound almost fictional.”

The following excerpts are published with permission from Rupa Publishers.