Dan Brown takes a wonderful detour to children’s literature, writes a picture book with music too 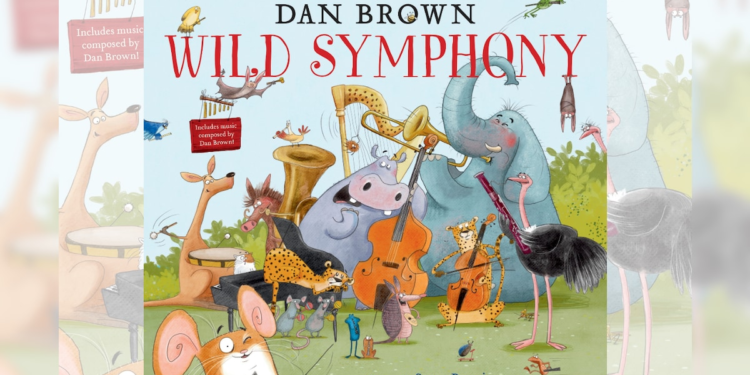 In 1939, when the popular American novelist Gertrude Stein wrote: The world is round, it was distinctly different from other children’s literature of the time. In the pink pages, Stein wrote about a little girl named Rose who was searching for her individual identity. Rose had a favorite song, which she would sing alone in front of her big dog Love, that went like, “I’m a little girl and my name is Rose. Rose is my name. Why am I a little girl? And why Is my name Rose?”. Stein is not the only famous writer who, despite not being an author of children’s literature, was involved in writing children’s books. Ernest Hemingway wrote The faithful bull, Salman Rushdie wrote Haroun and The sea of ​​other stories, and there are many others like her – Margaret Atwood’s In the tree for example, or James Joyce’s The cat and the devil. The latest addition to this list is racy thriller writer Dan Brown with his new book wild symphony.

wild symphony is a picture book, with an accompanying album of classical music (yes! you read that right) written for children aged 3 to 7 years. The book tells the story of a mouse who conducts an orchestra with a motley crew of wild animals, from tigers to kangaroos, to slightly tamer animals such as kittens and swans. They are all different in their brand and shape, and they all have valuable lessons for children. For example, kittens learn how to fall and land on their feet, while ostriches learn how to take some time for themselves so they can go back to the world rejuvenated. Like most good children’s books, this one also has a few lessons for adults.

The book is also remarkably contemporary. While the tools Brown uses, such as rhythmic poetry and lessons at the end of each page, are essentially classic, in this book he talks about mindfulness, connecting with nature and family, being a good listener, and finding beauty in unexpected ways. places, which are certainly the lessons of today’s young children — who are so often distracted by their iPads, and endless cartoon shows and a range of activities parents plan for them — can certainly take advantage of.

Brown’s ability to engage his readers with codes and clues that lead to a thrilling adventure where places, people, history, culture, architecture are combined into complex stories, which unravel at a rapid pace, is replaced here by a languid old school pace of storytelling and some puzzle solving for his young readers. Brown is an admirer of Dr. Seuss and also manages to bring similar charm and wisdom to his young audience.

Beautifully illustrated by Hungarian illustrator and graphic designer Susan Batori, each animal has its own unique character. Wild dancing boars get lost in the magical rhythm of their own dance, and a herd of majestic but cute elephants are portrayed as ‘afraid of the craziest things’, as most of us generally are. Batori’s drawings are whimsical and colorful and on some pages, like in ‘Cricket Lullaby’, it’s quite sublime.

The most unique quality of this book, however, is the accompanying music album. With this book, Brown wants to introduce his young readers to classical music, so he has an album of varied compositions, each of which complements a page of the book. Through a free interactive phone app, which reportedly uses augmented reality when a phone’s camera is held over it, the music accompanying the animals in the story comes to life. It has different tunes for different characters of the book, be it a pensive melody for the wondrous whale, or an upbeat one for the merry kangaroos. The reported music album was composed by Brown, based on songs he produced in his small studio when he was only about 20 years old, and nowhere near becoming the world-renowned novelist he is today. Of course they have been renewed and updated and performed and recorded by the Zagreb Festival Orchestra in Croatia.

However, the book has not been in the news for all its merits, but because of the controversy over Brown’s personal life. In a lawsuit filed by Brown’s ex-wife, Blithe Brown, accusing the author of withholding assets, the music album is wild symphony is called. Brown refuted his ex-wife’s claim in a later interview. But whoever gets this ‘acquisition’, this book by Brown is sure to be a gem for any child’s bookshelf.