From Heart of Darkness to Lord Jim, here are 5 books by Joseph Conrad you must read 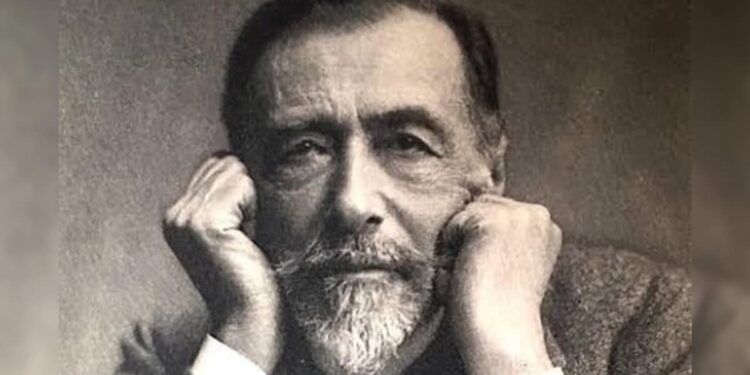 Master storyteller Joseph Conrad, often regarded as one of the greatest writers in the English language, was born on December 3, 1857. An early modernist, his works are oozing with 19th-century realism and are known to be anti-social. portrays heroic characters in his fiction. Imperialism and colonialism were two themes that would find their way into Conrad’s works, along with an in-depth exploration of human psychology. The author who passed away on August 3, 1924, left behind a rich heritage in terms of works, which have often transcended the pages of books and found new life in various mediums.

On the author’s 162nd birthday, here are 5 novels by him that one must read:

A novella by the author, Heart of Darkness, is about a narrated journey on the Congo River, where the narrator tells his story to friends abroad on a boat anchored on the River Thames. The novel dispels the idea that there is a huge difference between people who are considered “civilized” and people who are described as “savages”. Thematically, Heart of Darkness questions concepts such as imperialism and racism and is often regarded as one of the best novels ever written.

Originally serialized in Blackwood Magazine between 1899 and 1900, the novel follows Jim, a young British sailor, who, along with the other crew members, had abandoned a passenger ship in distress. The novel follows his attempts to come to terms with his past and with himself.

About the fictional South American republic of Constaguana, it thematically represents capitalist exploitation and rebellion in the fictional setting surrounding the seduction of silver and its effect on men. The novel includes both flashbacks and insights into the future in its story to help move the plot forward.

A political novel, the plot is set in London in 1886 and is about one Adolf Verloc and his work as a spy for an undisclosed country.

Often regarded as Conrad’s answer to the themes explored by Dostoevsky in Crime and Punishment, it is about the failure of revolutionary movements and ideals. The novel was first published in 1911, after the failure of the 1905 revolution in Russia.