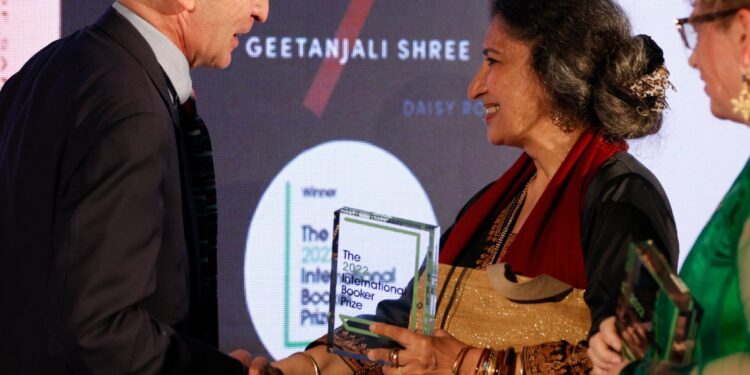 Take a look at the moment Geetanjali Shree and @shreedaisy found they had won the #2022InternationalBooker Price! Read more about ‘Tomb of Sand’ here: https://t.co/VBBrTmfNIH@TiltedAxisPress #TranslatedFiction pic.twitter.com/YGJDgMLD6G

“Congratulations to Geetanjali Shree and @shreedaisy longlisted to Tomb of Sand: https://thebookerprizes.com/the-booker-library/books/tomb-of-sand #2022InternationalBooker #TombofSand #GeetanjaliShree #[email protected] The Booker Prizes reported this in a tweet.

It is a story set in the shadow of the division of India, which follows an elderly woman after the death of her husband. “Jasss! Translator Daisy Rockwell and author Geetanjali Shree win the International Booker for ‘Tomb of Sand’ (‘Ret Samadhi’ in the original). A first win for a Hindi novel, an Indian novel, a South Asian novel. Congratulations! @TheBookerPrizes,” tweeted Bangladeshi writer Arunava Sinha.

Geetanjali Shree is the author of several short stories and novels. Her 2000 novel Mai was nominated for the Crossword Book Award in 2001.