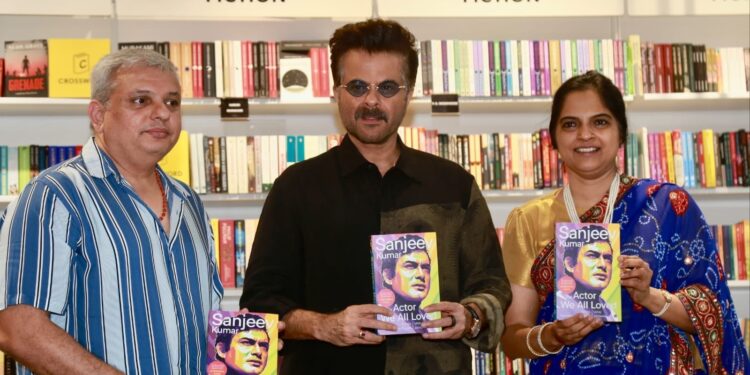 Sanjeev Kumar remains a mystery. The Surat-born legendary actor and his choice of movies, even today, can be studied to understand how performances and brilliant storylines can make history. Millennials may remember him from Sholay, that movie where their parents hark back to their younger selves, an era they say was Golden. But movies like Aandhi and Seeta Aur Geeta reveal a whole new side to him that undoubtedly set him above the rest. On Saturday, his cousin Uday Jariwala and Reeta Ramamurthy Gupta released his biography entitled Sanjeev Kumar, the Actor We All Loved.

“I conceptualized the book in 2018 simply because I was shocked to know that no one had made a book about him before,” Ramamurthy reveals, adding, “When I saw Shatranj Ke Khiladi, my decision was final. I had to do this book writing – the movie is on Martin Scorsese’s list of 40 movies you must see before you die.” She remembers her father humming his songs when she was a kid. “My father used to sing ‘thande thande pani se nahaana chahiye’ – that’s embedded memory. It was much later that I recorded the song being portrayed on Sanjeev Kumar.”

For Jariwala, this project was an attempt to take the real Sanjeev Kumar out of the rumor mill and bring the human side of him to the reader. “I just wanted people to know what kind of person he was in real life. There’s a lot of gossip, rumors about him, I wanted people to know who Sanjeev Kumar really was. He’s a superstar, he was very down to earth and very simple in life. He never had hangups or anything like that. Being at home, shooting, especially shooting outdoors was pretty much his routine,” he says.

Anil Kapoor, who launched the book, says he went to a theater to watch Sunghursh. “The movie starred the great Dilip Kumar Sahab. By the time I came out, I was like ‘who was that other actor in the movie?’ Then I came to know that it was Sanjeev Kumar Sahib. I’ve been a fan of his ever since. I’ve seen all his movies.”

Jariwala says that rarely a day goes by that he does not think about Sanjeev Kumar. “I remember him every day. We have a lot of fond memories of him. The most cherished thing I remember was him taking us to Charlie Chaplin or children’s movies that used to come out. He took his time off work to take us there He always took us for rides without drivers, staff etc.”