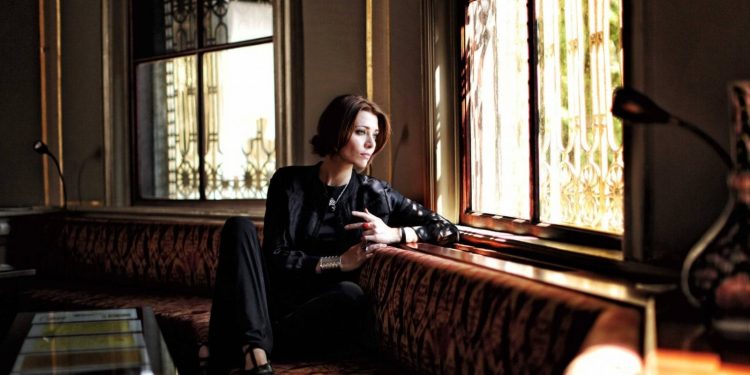 On the first day of the iconic Jaipur Literature Festival, one of the main highlights of the 29-session long day was Turkish author Elif Shafak in conversation with Nandini Nair. The Booker shortlisted author shared an engaging conversation about her latest work The Island of Missing Trees, and the place for politics, tradition and human values ​​in the world of storytelling.

The author emphasized the importance of the novel in its ability to remind people of the world and its complexity. “You don’t have the luxury of being non-political in today’s world,” Shafak said, adding: “When so much is happening outside the window, you can’t take your eyes off it. At least on core issues – human rights , women’s rights, LGBT rights, rule of law, loss of media freedom – we cannot remain silent.”

She added that in times like these, when one writes about these issues, the politics of the world seep in unintentionally. “I am a feminist, I have learned so many things from previous generation feminist movements. One of the most important things is that we need to redefine politics. Where there is a power imbalance, there is politics. At that time, the personal is also political. For example, you can write about sexuality or gender discrimination. That automatically becomes political. Novelists who write about the bigger screen can’t be apolitical,” she said.

Shafak says just talking about political parties is a dry way of looking at the bigger picture. “I don’t mean that politics is my guide. I don’t like party politics. What I’m saying is that writers should ask political questions, but the answer should be left to the readers,” she explained.

The writer discussed her upbringing at length and explained how it played an important role in making her who she is. Raised in what she described as a “typical, traditional, patriarchal Turkish family”, it left a deep impression on her.

“I was born in France to Turkish parents. My parents then separated and my father stayed in France and got married in France. I grew up without seeing him for a very long time. I met my half-brothers when I was in my mid-twenties. So something was broken there. In the meantime, I was raised by two very strong women. The neighborhood was very religious and inward looking. So I didn’t feel like we fit in at all. But Grandma’s house was very different and matriarchal,” she recalled.

It’s live! In her latest novel ‘The Island of Missing Trees’, author-activist Elif Shafak pays a delicate tribute to the torment of war, displacement and undying hope as she follows the journey of two Cypriot lovers and a fig tree that remains the only connection to their lost House. pic.twitter.com/4manndgAdu— jaipurlitfest (@JaipurLitFest) March 5, 2022

When asked about the respect for superstitions in her latest work, Shafak said it forms the basis for many families. “Of course we should always focus on knowledge and information and wisdom. My house was full of folktales and certain superstitions about spiritual elements of life that people might call irrational. I liked that I felt connected to that. But my point was that the intellectual world sometimes looks down on oral culture. I do not like that. There are some stories that are passed down from one generation to the next. We don’t have to agree. We can try to understand where it comes from. Sometimes superstitions spring from our deepest fears,” the writer said.