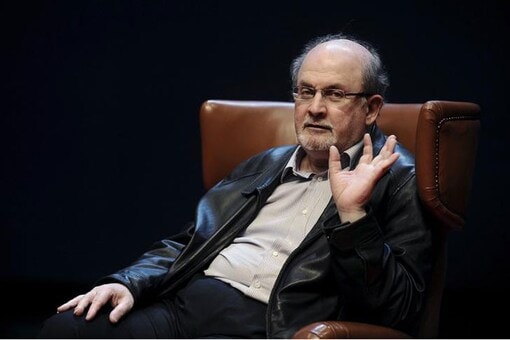 Hidden in a clay pot; sealed with wax; buried in the heart of a ruined palace amid the ashes of an empire – a story waiting to be told.

When nine-year-old Pampa Kampana begins to hear the voice of a goddess, she vows to ensure that no more women suffer the unscrupulous fate of her beloved mother. Her magic creates a mighty city; her whispered words inspire people to grow and change. Her poetry charts the rise and fall of his empire. And the prophetess herself—beloved, feared, timeless—watches as the world changes through the ages, her body fading along with the glory of her city.

Half a millennium later, her writing is discovered deep in the old earth. This is an epic story with a message for all of us: Our strength is fleeting, but our stories last forever.

“From one of our greatest storytellers, ‘Victory City’ is a story for our time. Brilliantly crafted like a translation of an ancient epic, this is a saga of love, adventure and myth that in itself is a testament to the power of storytelling. And at the core a true heroine, Pampa Kampana, who aims to give women equal freedom of choice in a patriarchal world. This is a stunningly beautiful, lyrical and poignant novel about power and the hubris of those in power,” said Michal Shavit, Publishing Director at Jonathan Cape, which acquired UK and Commonwealth rights excluding Canada from Andrew Wylie at The Wylie Agency.

As a Fellow of the British Royal Society of Literature, Rushdie has won the Whitbread Prize for Best Novel (twice), the Writers’ Guild Award, the James Tait Black Prize, the European Union’s Aristeion Prize for Literature, the author of the Annual Awards in both Great Britain and Germany, the French Prix du Meilleur Livre Etranger, the Budapest Grand Prize for Literature, the Premio Grinzane Cavour in Italy, the Crossword Book Award in India, the Austrian State Prize for European Literature, the London International Writers’ Award, the James Joyce award from University College Dublin, the St Louis Literary Prize, the Carl Sandburg Prize from the Chicago Public Library and a US National Arts Award.

He holds honorary degrees and fellowships from six European and six American universities, is Honorary Professor of Humanities at MIT and University Distinguished Professor at Emory University. Rushdie is currently a Distinguished Writer in Residence at New York University.

His novel Midnight’s Children was stage adapted and performed in London and New York by the Royal Shakespeare Company. In 2004, an opera based on “Haroun and the Sea of ​​Stories” was premiered by the New York City Opera at Lincoln Center.

A Midnight’s Children film directed by Deepa Mehta was released in 2012. Rushdie.