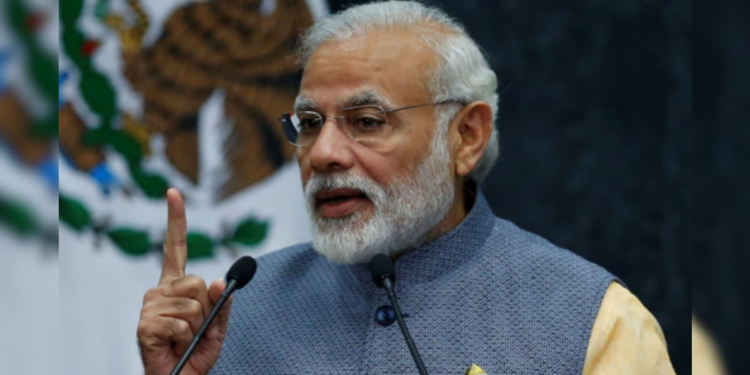 Editor’s Note: Narendra Modi is widely known for his debating skills and oratorio talents with which he has won several elections in his long political career. But occasionally the prime minister also shares his poetry on social media. He is in fact a published poet, and his collection of poems A Journey: Poems by Narendra Modi published in 2014, it addresses the same themes that we find in his political campaigns – such as those of Hinduism and nationalism. Beyond that, the book also offers a rare glimpse of the Prime Minister’s connection to nature and his insights into love, hope and disaster. It was originally written in Gujarati by him and later translated into English by Ravi Mantha. On his 70th birthday, here are some of the Prime Minister’s poems for you to read:

The moment I became aware of you

In the serene Himalayan forest of my mind

A wildfire started, in furious seriousness.

When I saw you

A full moon rose in my mind’s eye

The smell of sandalwood, of a tree in full bloom.

And when we finally met,

Every pore of my being was filled with scent

Our separation has melted the tops of my joy.

The smell turned to scorching heat

That burns my body, reduces my dreams to ashes.

The full moon sits on the far shore

Relentlessly cold, staring at my plight.

Without your tender presence

On the ship of my life

I have no captain, no rudder.

The river, once graceful, a girl in her early childhood

Is a growling lioness today.

In abundance, she swings in brutality

Lose her inhibitions, pour out her anger

Sweep everything in her path.

This river, when calm, a gentle life-giver,

Does she not see her own destructive power?

Whole villages were washed away in her fervor

Bodies of the drowned floating downstream

Exhaled breath in one last scream

This force of nature, a destructive memory

To the man who tries to mold her.

She has the last word.

Proud, as a Hindu

When it wells up, I feel vast, an ocean

My faith is not at the expense of someone else’s

It contributes to the comfort of my fellow man.

Who is filled with the warmth of devotion?

Where the waters of the Narmada flow like life’s blood,

I am a dewdrop on a flower.

Even though the eye seems small

His eyesight is indeed huge

One religious sect is not my street

I am only a moon.

I remember the innocence of Kargil

In an earlier time I had seen

Tiger Hill as just another peak

The white loneliness of the great mountain king

I had sucked in to my heart’s desire.

Each of the snowy peaks

Roar, with echoes of the bombs, the cannons.

On this slate of ice,

I saw our soldiers, our men.

Sowing his own seed today

And irrigate with blood.

So that our tomorrow

I saw in the eyes of the soldiers

Rise from the fog

Holding tight to the God of Death

In their minds I saw our brave men

I felt the presence of Yamraj[1]

Lying on the floor, kissing the feet

The scorching heat of their courage

Melt the ice, into a cool mountain spring

And in the spring flows along the peaks

I heard the clear tones of a tune.

And from the womb of that spring

I felt the true meaning of the song,

The following poems are published with permission from Rupa Publications.