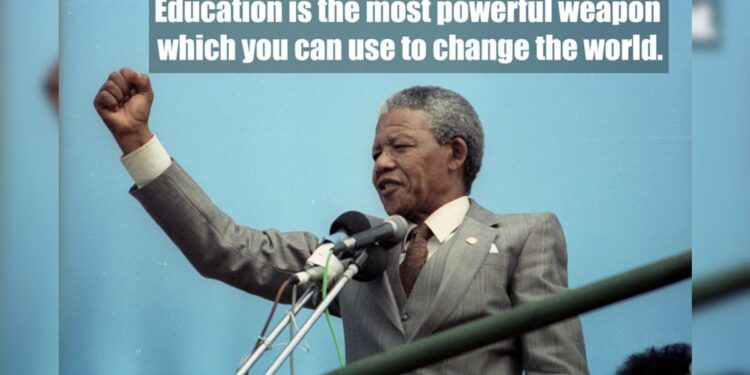 One of the most famous leaders of the century, and the recipient of more than 250 awards, including the Nobel Peace Prize, Mandela became a cult personality during his lifetime and is still held in deep respect around the world. In South Africa, he is often referred to as Madiba and described as the “Father of the Nation”.

Born on July 18, 1918, he was a South African anti-apartheid revolutionary, who served as President of South Africa from 1994 to 1999 and was the country’s first black head of state, as well as the first elected official in a fully representative democratic election. His legacy included a detailed focus on dismantling the legacy of apartheid by addressing institutionalized racism and promoting racial reconciliation.

As the world commemorates the great leader on his 101st birthday, here we take a look at 5 books by Nelson Mandela.

Long walk to freedom: Nelson Mandela’s Autobiography by Nelson Mandela: The book describes his early life, coming of age, education and 27 years in prison. The book also chronicles the toll he suffered from years of separation from his wife and children and his inauguration as President of South Africa on May 10, 1994.

Mandela: The Authorized Biography by Anthony Sampson: Originally published in 1999, the book was one of the first to explore issues such as the crimes committed by Winnie Mandela and the suspected attempts by State President Frederik Willem de Klerk to use security forces to derail peace talks.

Conversations with myself: Drawing on Mandela’s lesser-known personal archive to provide unique access to the celebrated world leader’s private world, the book features journals he kept during the anti-apartheid struggles of the early 1960s. It was published in 2010.

Favorite African Folktales: Nelson Mandela’s favorite African folktales saw him pick out 32 stories from different African cultures, which Mandela said showed ‘the rugged essence of Africa’. Translated from their native languages ​​- Karanga, Nguni, Xhosa and many others – these folktales are a testament to the craft of storytelling.

In his own words: His most important speeches collected in a single volume, the book recounts his words from the eve of his imprisonment to his release twenty-seven years later, from his acceptance of the Nobel Peace Prize to his election as South Africa’s first black president, these speeches include some of the most pivotal moments in Mandela’s life and the history of his country.