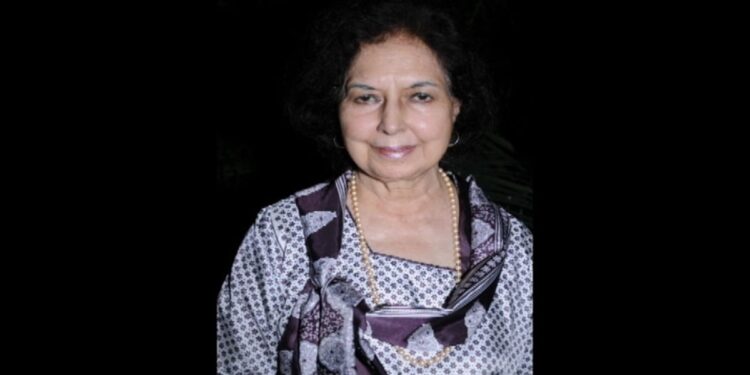 Responding strongly to veteran actor-director Amol Palekar who was interrupted during a speech at the National Gallery of Modern Art (NGMA) in Mumbai when he criticized the government and was prevented from finishing his speech, multi-award winning author Nayantara has Sahgal said the country is no longer facing intolerance but is under outright dictatorship.

“It is becoming a habit of this government to stop people from speaking freely. It is no longer bigotry, it is outright dictatorship. We have all seen how the Modi government has treated the creative imagination.

“They don’t feel comfortable with it because they can’t control free thinking, they can only prohibit and prevent people from talking,” said Sahgal, a member of the Nehru-Gandhi family, who was highly critical of Indira’s policies. Gandhi during Emergency, told IANS by phone from Dehradun where she lives.

“This is exactly how a dictatorship behaves. The first target is always the creative imagination. This government behaves exactly like Hitler’s Germany,” she said.

She stressed that just days before Palekar was snubbed and repeatedly interrupted at a function to which he was invited, an invitation to inaugurate a literary festival for himself was withdrawn at the last minute.

“We are not going to let this continue and more and more people are determined to come forward and express their views,” she said.

Sahgal, along with many prominent literary stalwarts, had returned her Sahitya Akademi Award in 2015 to protest the growing intolerance in the country.

Incidentally, her upcoming novel “The Fate of Butterflies,” which will be out on February 27, is heralded as “a beautifully told story that is close to everything that is happening in our country.”