On World Book Day, read excerpts from an essay written by Satyajit Ray about science fiction 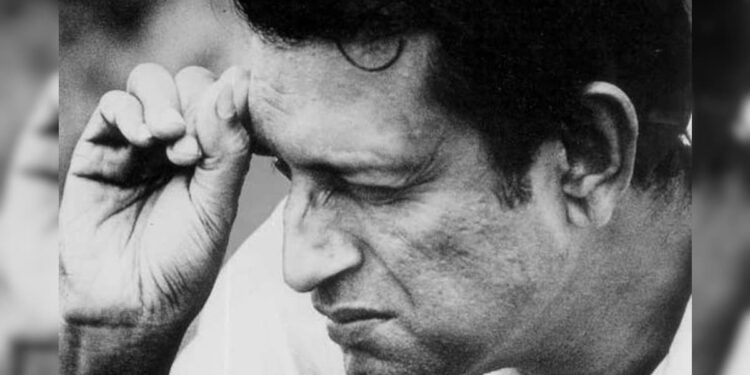 While many may be well acquainted with Ray’s written characters, such as Feluda and Professor Shonku, in a recently released book written by Satyajit Ray titled Travails With The Alien, The Movie That Was Never Made, and Other Science Fiction Adventures, readers can now access the full script of his doomed film, Alien, which also happens to be a very important text in the history of science fiction.

Alien was Ray’s Hollywood venture to be produced by Columbia Pictures, but it was never made. However, the script later inspired many major successful Hollywood projects, including Steven Spielberg’s Close Encounters of the Third Kind and his more popular movie, ET.

Ray’s Alien was based on his short story Bankubabur Bandhu, first published in 1962 in his magazine, Sandesh. Just like Spielberg’s ET in Bankubabur Bandhu we are introduced to a friendly and playful alien. Along with the full script of Alien Travails With The Alien, The Movie That Was Never Made And Other Science Fiction Adventures also has the short story, Bankubabur Bandhu, and Ray’s correspondence letters with Peter Sellers, Arthur C. Clarke, and Marlon Brando.

The book also includes an essay by Satyajit Ray on Science Fiction which you can read below:

In this era of rapidly evolving technology, science fiction inevitably undergoes transformations. The old staples are replaced by new ones and the field is continuously enriched with new breakthroughs in every branch of applied science. The laser beam, computer machines, space satellites, androids (which are robots in human form), hovering animation – these are some common ingredients of today’s science fiction. The moon is now almost out as a field of speculation. Invisibility and time travel have proved scientifically unattainable and have lost their status as staples. Robots have a day off, but malicious people are frowned upon, as hostility is considered a psychological state that a machine cannot achieve. ESP or extrasensory perception is coming into its own, thanks to recent findings, and aliens are freely endowed with the powers of hypnosis and telepathy.

But any story of human efforts in a known terrestrial realm must be backed up by scientific data. Rockets can fly into space, but if they take off from Earth, and if they contain humans, there’s no other way to deal with events in a factual, scientific way.

But this is not necessarily a limiting factor. To begin with, the uncertainties of human behavior are always set against the cold predictability (accidents barred) of machines. For another, for the vast mass of lay readers, technology still has plenty of elements of fantasy in it. As long as a man has not felt weightlessness himself, or sensed the burning thrust of the rocket, or comprehended a fraction of the infinite complexity of a gigantic computer, for him the elements of wonder will persist in clinging to the ideas themselves.

It is this sense of wonder that science fiction thrives on, and will continue to do so as long as there are men willing to dive into a story that makes him feel small in the face of the expanding universe, and let him share the triumph and the futility of people groping in realms of darkness – in space, on Earth, on an alien planet, or in his own mind and body.

(The excerpt is used with permission from Travails With The Alien, The Movie That Was Never Made, and Other Science Fiction Adventures, Satyajit Ray, Harper Collins, India)