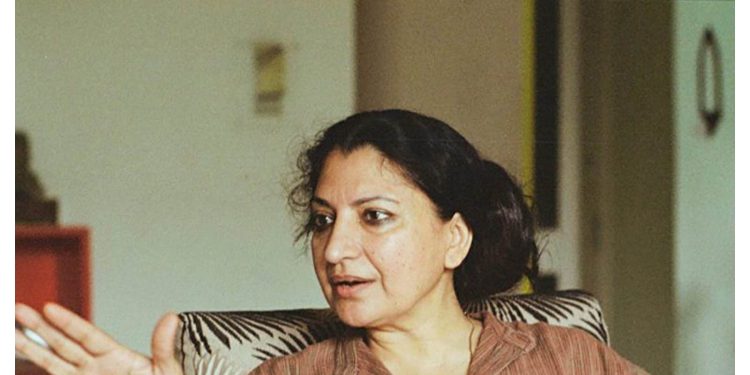 In a historic moment, Geetanjali Shree became the first Indian author to have her work shortlisted for the International Booker Prize. The Hindi Novel, Ret Samadhi has been translated into English as Tomb of Sand by Daisy Rockwell. Shree is no stranger to literary stardom. Her earlier novels such as Mai and Khali Jagah have also been translated into several languages. In an interview with News18, the 64-year-old talks about the importance of languages ​​in a person’s consciousness and why she finds it abhorrent when one is pitted against the other. fragments:

Congratulations on making the shortlist! This is a great achievement. How important do you think this moment is when you think of postcolonial literature in Hindi?

It is immensely important because by shedding light on one Hindi work, it also illuminates the larger canvas of Hindi literature. It clearly indicates that there is much here that is hitherto unknown and stimulates the drive to explore these regions. Plus it puts a bigger non-English South Asian scene in a broader perspective and that’s so exciting, so important.

You said in an interview that a good translator not only translates your work, but also translates it creatively. What was your relationship like with the translated version, the translator herself, and is there room for enrichment of prose when it’s translated?

Yes, I stand by that – a translation is not a shadow of the basic text, but a transcreated work. The translator is not good if her work does not enliven the translation in its new cultural and linguistic milieu. Daisy did just that, otherwise so many new readers, including those from the Booker world, wouldn’t have enjoyed the novel so much that it has to be shortlisted.

My relationship with Daisy and her work has been an ever-increasing enrichment – once we found our understanding and trust with each other, we continued to dialogue and a fine, sharpened text was born.

English literature from India is widely read. In a country as linguistically diverse as India, do we face a problem of excess? Does an ordinary Indian let go of his/her interest in them and settle for the bare minimum?

No, why settle for the bare minimum? It is important to live up to our lineage and have many streams irrigate our culture. Multilingual multiculturalism is very enriching and exciting. There is endless wealth in pluralism. Only a narrow-minded self and mind would want a shrunken monolingual existence.

Can you tell us a bit about the writing process and how Tomb of Sand came to be?

It took me many years to complete it. It is not a single linear story, but rather a whole world of diversity and unity of nature and man and even the inanimate that breathes life into this work.

There is of course a central story in which many other stories make their way – starting with an old woman who seems to have lost interest in life, but who actually surprises everyone by reinventing herself and her life. Her character’s dynamics evolve in such a way that she starts to cross all kinds of boundaries and once that starts, there’s no stopping her or the story!

India has always had a literary voice. His literature has inspired the world through the ages. What do you think of the current role of an Indian writer? Is it still a guiding force?

Let’s be clear about this: it is not just a case of India inspiring the world, but a case of mutual interaction between them. Good literature always inspires, but not in a directly measurable way. It opens up new rich spaces in us, it sharpens our way of seeing, being and expressing, it makes us more sensitive people, it moves with hope and love and humanity.

Literature from India and the world must be made more accessible to everyone.

Do you feel that it is only in the native languages ​​that that writing exerts the greatest power?

It is best to write in the language with which one feels most at home. It doesn’t always have to be the native language. It can also be a learned language.

Finally, what does the Booker mean to you?

It means great recognition, but it doesn’t change my primary work, which is writing in solitude with the utmost dedication.