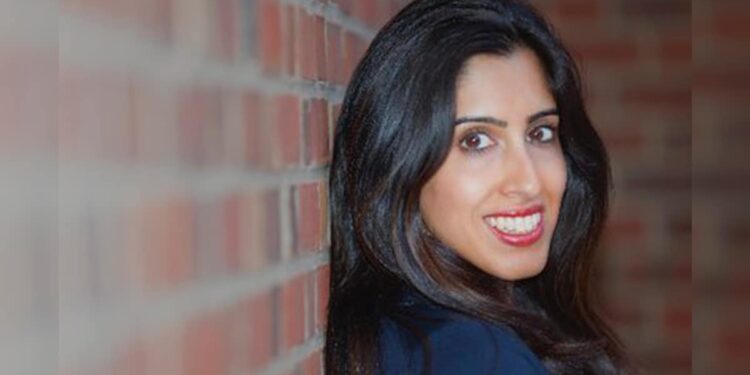 Among topics not treated seriously at all is the issue of female virginity, which over the years has become the domain of patriarchal practices in India and elsewhere.

Now, in a bold departure from such hidden and unwritten misogynistic views on virginity, US-based Geeta Tewari in a powerful story in the September 2017 issue of Granta

to subdue the story head over heels and give it an Indian perspective, something few Indian writers did. Tewari’s story, written in the first person, breaks through accepted notions of virginity in India and exposes the ‘burden’ of virginity that women around the world, especially India, carry. Tewari is set on American campuses, making it easier to tackle the subject in a sex-filled environment where most of the women in the story don’t give much importance to virginity. Freed from patriarchal notions and full ownership of their bodies, unlike traditional societies such as India, the characters in the story give Tewari the opportunity to posit many aspects of the traditional versus modernity debate.

In her 2007 research on virginity entitled Virgos: A Cultural History, writes Anke Bernau, which is reflected in Indian society as elsewhere: “The fear often encountered when writing about virginity is rooted in both misanthropic and misogynistic views. Humans were fallen beings and especially women could not be trusted. Stories of feigned virginity appear wherever culture places a high value on purity, revealing the fear that there is no safe way to control this elusive state of being.”

Bernau points out that superstitions, fake science, and male imaginations have built a whole cult around the subject, and women have been mentally persecuted over the years to this day. Notions of purity and divinity and wrapped in the matter of virginity and while the man is free to lose his virginity the woman is condemned for life and even today she has to spend the rest of her life as a ‘fallen woman’ for all those who know her and her immediate family. The man who loses his virginity is seen even today as an instrument of empowerment, something he brags about, while the

woman is supposed to fall into the masculine and religious trap of eternal guilt and suffering.

Over the centuries, mythology has played a good part in endorsing male conceptions of virginity. Several such myths were embellished by fake science and superstition. A 13th-century medical

text suggested you could always tell a virgin by the fact that she hissed when she peed. Plus, all you had to do was wave some crushed lilies under her nose and she’d “urinate right away.” In Chaucer’s The Monk’s Tale, Zenobia the virgin had the power to hunt wild animals. In Christian mythology, the nun is believed to be divine, not because she prayed all the time, but because she was a virgin. All of this was, of course, reinforced by the biblical myth of the Immaculate Conception of Jesus, and Mother Mary was always venerated as a virgin. “Virgin Mary, Mother of Jesus” is the way many prayers begin in Catholicism.

Tewari, a welcome new voice in migrant literature, has now brought the subject to the forefront. Her story “Discipline” takes us through the life of the middle-class Indian girl who even makes V-cards at school on which she writes promises like, “You can date, but you can’t have sex before marriage.”

This early drilling, based on the imagined virtues of virginity, places the Indian girl in various positions of guilt, sorrow and pain.

On the day she was to move to the American university campus, her father said, “Aarti, girls who have sex before marriage are whores. Don’t forget that.” This is just the advice that all Indian girls who go to study abroad get to hear.

Aarti tries to break with her Indian mores and customs in the US like all Indians try and is confronted with the American girl who is free from all these shackles. “White girls are raised to believe in themselves as individuals separated from her parents, gender, and fertile traits,” Aarti says. “To be honest, I often thought about sex. But when I got close to the point

with someone, I pretended I was no longer interested in them.”

Finally, in a poignant climax, Aarti gives it all up and somehow summons up courage and mutters the poisonous words to the man she had fallen for the first day on campus, the day her father warned her not to become a whore. . “I want you inside me.”

(The author is a senior journalist. Opinions expressed are personal)