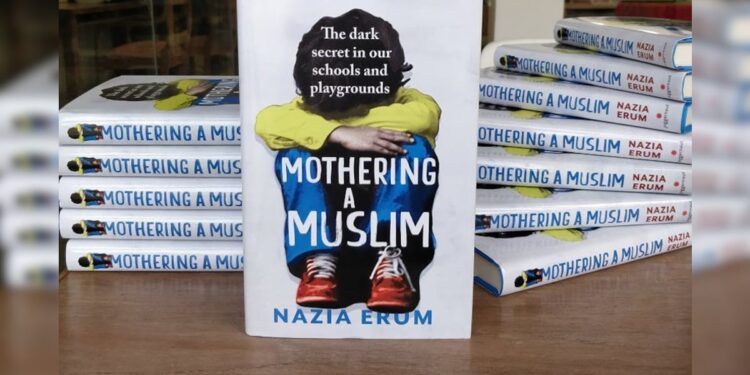 In her book Mothering A Muslim, Nazia Erum talks about fighting the only identity she has been assigned, but Arif Mohammad Khan says it is not “others” who have granted that identity. Khan, who reviewed the book for News18.com, claims that the role of the All India Muslim Personal Law Board in the Shah Bano case in 1986 changed the situation.

The book is a moving account of the anxieties and anxieties of a young Indian Muslim mother who, on the one hand, tries to protect her child from the pernicious effects of communal hate speech and, on the other, struggles with her own co-religionists who see her. kind of lesser muslims because they are modern and liberal.

The interviews and personal stories of many of these mothers make the book very readable. It evokes empathy and makes us painfully aware that the ghosts of communalism and separatism that had tarnished the integrity of India in 1947 still haunt us.

Nazia Erum presented the book in the form of an investigative report, and if these facts alarm us, it is our duty to identify the factors that generate and nourish community thinking and try to divide us from within. Only a proper understanding of the problem can help us face this deadly threat.

Historically, India has been a pluralistic society since time immemorial. Inspired by ideals such as the Rig Vedic formula of ekam sad vipra bahudha vadanti and the anekantvad of the Jain tradition, India has always viewed diversity as a source of enrichment of its way of life and not as a tool to create division and division.

The Muslims have lived in India for over a thousand years and since most of them were of local descent, they followed and cherished the same pluralistic cultural values. The great Sufis like Hazrat Nizamuddin and Bulhe Shah promoted this syncretism and harmonious lifestyle and personally participated in festivals like Basant and Holi.

But it cannot be denied that from the beginning there has been a group of clerics who have urged Muslims to steer clear of non-Muslim cultural influences and preserve their own and distinct identities. They were told to “shun likeness of appearance,” as in the afterlife one will be with those whose appearance he takes on.

Because there was enormous religious and cultural diversity among Hindus and it was not possible to label them as a monolith, the Muslim clergy used an apocryphal story to emphasize the importance of a separate identity.

They quoted “Al-Kufr Millatun Wahida” implying that all those who do not adhere to Islam form one community. Its purpose was to erect walls of separation between Muslims and Hindus. They largely succeeded in their efforts, as the Hindu social system also recognized caste distinctions and did not allow free mixing. But despite social exclusivity, relationships between people of different religious denominations were cordial and respectful of each other’s sensibilities.

However, this trend was taken to absurd heights during British rule when it was claimed that the two communities not only adhere to different religions, but that their secular and economic interests are also different, rather mutually hostile. The colonial masters promoted this mentality after 1857, to ensure that they would not face joint resistance in the future.

To make matters worse, they introduced constitutional measures such as separate voters and adopted policies that would raise community awareness and give rise to community spirit, ultimately resulting in the partition of India.

Maulana Azad had predicted in 1946 that division would make the problem of communalism even more complex. He said: “The division of the land was demanded on the basis of enmity between Hindus and Muslims. So the actual division would give this enmity a national and constitutional status and the solution of the problem would be even more difficult.

On October 23, 1947, Maulana Azad addressed a Muslim gathering outside Delhi Jama Masjid and told them, “Now that Indian politics has taken a new direction, there is no place for the Muslim League”. He urged them “to march with the change and not say we were not ready for the change”.

But as we had previously rejected Maulana Azad, we ignored his wise words after independence. It took less than 40 years for identity politics to be revived. In 1986, the Personal Law Board launched an agitation against the Supreme Court ruling, not because it violated any basic tenet of Islam, but because it posed a threat to the identity of the community (milli tashakhkhus). This time they did not claim to be a separate nation, but claimed their own identity. And just in the way the Muslim League claimed to be the “sole representative of Indian Muslims”.

One can understand Nazia Erum’s annoyance when she talks about the struggle against the only identity assigned to her. In fact, this identity was not granted by others, it was claimed and demanded by the Personal Law Board in 1986 and we have not opposed them and their claim to be our only representative. So the turning point came in 1986, not 2014, as the books say.

According to the Qur’an, the identity of a person is determined by the territory and tribe in which one is born and the religion is for the creation of God consciousness (13.49) and the duty of the Muslims is to do good to the people in general ( 3.110 ). If we heed these teachings, we will realize that religion does not ask us to show off a separate identity, but rather asks us to identify with our compatriots and serve the needy, the helpless and the poor. That gives us an identity that no one will blame.

This Quranic worldview is beautifully underlined by Akbar Allahabadi, a great-grandfather of Nazia Erum. He says:

(Quran testifies that God is pleased with the beauty, but listen, this beauty is the beauty of conduct.)

(Arif Mohammad Khan is a senior lawyer who argued on behalf of the petitioners in a triple talaq case. Former Union minister, he has advocated the abolition of the All India Muslim Personal Law Board)