Rabindranath Tagore: First Indian to be honored with Nobel Prize 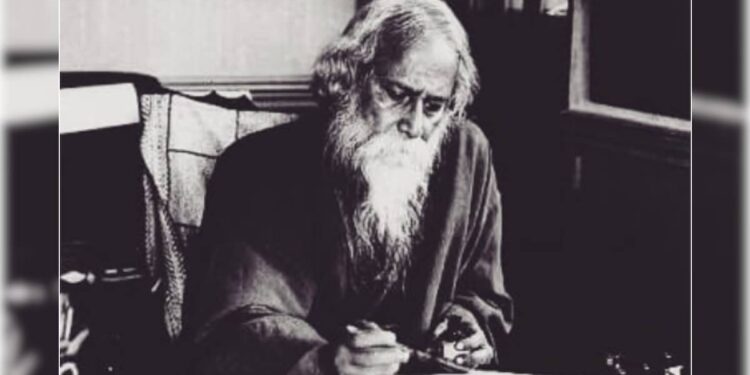 The Nobel Prize is a prestigious prize awarded each year to those who make an exemplary contribution to the world in their field.

It was first launched in 1901 in the name of Alfred Nobel, the Swedish businessman and inventor of dynamite. He contributed all his wealth to the fund that awards the prize to deserving scholars.

The Nobel Prize for various categories was announced yesterday. On this occasion, let’s take a look at the time when an Indian was first awarded the Nobel Prize.

He reportedly received the prize largely for Gitanjali, a book about his collection of poems.

According to the Nobel Prize website, Tagore was awarded the Nobel Prize “for his deeply sensitive, fresh and beautiful verses, with which he, with perfect skill, expressed his poetic thought, in his own English words, became a part of the literature of the West.”

Tagore was born on May 7, 1861 in Kolkata and was fondly named Rabi as a child. His mother died when he was a child, so he was raised by servants. Since childhood, Tagore avoided classroom education and preferred to roam the cities.

As an 11-year-old boy, Tagore traveled across the country with his father in 1873. He researched the poetry of the classical Sanskrit writer Kalidasa. He married Mrinalini Devi in ​​1883 and had five children with her.

He established a school called Shantiniketan near the Bengal city of Bolpur which adopted a unique curriculum and became a prominent center for arts and literature.

Rabindranath Tagore’s work was originally in Bengali, but he rewrote it in English. His inspiring work was widely acclaimed in English.