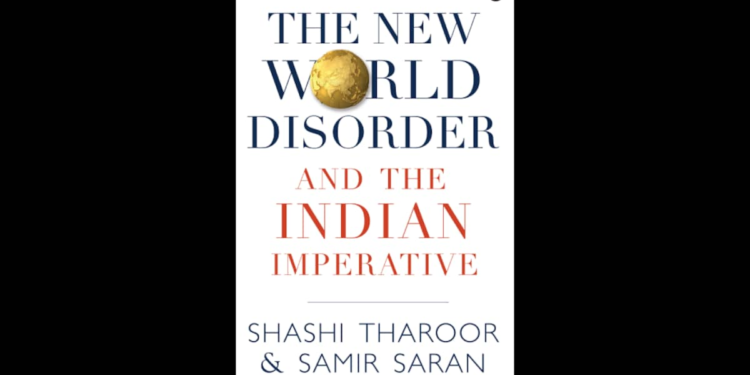 The liberal world order is facing a moment of crisis. As globalization in several countries is confronted with nationalistic economies, and many strong leaders of the world are exploiting citizens’ grievances (imaginary or real) to push aside global ideals and champion local interests, it has become more important than before, for United Nations to function as the cornerstone of international peace and security.

However, according to Shashi Tharoor and Samir Saran’s last book, The New World Disorder and the Indian ImperativeSince its inception after World War II, there have been many instances where the United Nations has failed in its peacekeeping responsibility and complicit in the ambitions of its dominant members to wage wars for by-pass geopolitical interests. The book says:

Perhaps the central challenge is the UN’s institutional architecture, which places the responsibility for international peace and security on the five permanent members of the Security Council and makes their decisions binding on the rest. The end result is that the victors of World War II retain a monopoly over violence and conflict…

The issue of peace and security goes far beyond how bigger powers have ignored the United Nations when they see fit. There is also the question of how action was taken and what was not. Even well-intentioned interventions, sometimes sanctioned by the UN and sometimes independent of UN decision-making, are often motivated by the geopolitical interests of a few states.

In Panama, the Gulf War, in Kosovo or in Haiti, the US intervened, either alone or in concert with its NATO allies, to protect supposedly humanitarian interests. However, not all events have provoked equally strong reactions. While the politics of selective interventionism has more often than not led to more destruction than it is intended to address, the UN’s inaction has produced equally unfavorable results. In April 1995 this question came into sharp focus due to the events in Burundi. The then Secretary-General of the United Nations, Boutros Boutros-Ghali, spent weeks urging governments to take preventive measures; while the Security Council has taken some measures, most notably sending a mission to assess the situation and issuing a presidential statement calling for restraint, these have proved insufficient to prevent impending tragedy. Similar examples arose in other crises. Where powerful nations did not see their interests directly involved, efforts were not pursued with seriousness, means and certainly not with troops.

Tharoor and Saran’s book is a comprehensive study of the emerging world order in the 21st century, and it addresses several of the issues facing the world today – be it the skepticism with which the West, and especially America, the rise of the eastern nations or the politics of climate change, and the war to control cyberspace. The authors argue that India has an important role to play in shaping the world’s regimes in the future, given its size, growing influence and importance in virtually every major multilateral organization. The book quotes:

The current international order has greatly aided India’s economic growth while satisfying its trade, energy and security interests. As a result, India now has a stake in virtually every major multilateral regime and its own interest can no longer be seen as isolated from the state of the world. In other words, India must influence the international order, if only to protect its own interests. It is therefore crucial to understand the many pressures and demands it will face domestically and as an actor in the international system. An interrogation of such expectations will be important in understanding the ‘Indian imperatives’.

For starters, India has outlined a goal of reaching a $5 trillion economy by 2024. Despite occasional hiccups, the resilience of India’s economic institutions and structural macroeconomic trends certainly appear to support this trajectory. The uncertainty therefore lies in the global economic system. In other words, India’s ability to successfully emerge as a global economic power depends on its ability to create a climate of certainty and predictability in global financial and economic regimes. And while India is increasingly becoming a major geopolitical player, its geoeconomic priorities and positions remain nascent and underdeveloped. This will be arguably the most crucial Indian imperative. Delhi must now reshape its own role and importance in global economic governance to pursue its national interests. Its self-image as a leading power should also be reflected in its trade and economic conversations.

Second, India has yet to complete the twentieth-century project of building social and physical infrastructure, even as it must seize the twenty-first century opportunities in the fourth industrial revolution and its accompanying digital shifts. These are both complex structural transformations, and India will need to collaborate and collaborate with different stakeholder groups to meet the governance requirements of both. For example, to build hard infrastructure, India will depend on funding from bilateral partners from East Asia and multilateral institutions such as the ADB, AIIB and NDB (where India and China are key stakeholders).

Meanwhile, India is likely to partner with technology hubs such as the EU, Israel, Japan and the US to bolster its technological prowess. However, given the global tensions in technology, finance and trade, in order to meet this obligation, India will have to defend and maintain its room for maneuver. India cannot afford to stand by as these global arrangements fragment. India must not allow for a situation to arise where it has to make choices about the partners it engages with. A satisfactory regime of the future should allow for a robust partnership with OECD countries and an intimate and beneficial partnership with emerging powers such as China.

Third, India recognizes that it must gradually shed its role as the leader of the global union and sit at the management table. Much of this process is already underway. In the late twentieth century, India was a leading member of the G77, composed entirely of developing countries. At the turn of the century, India was included in the G20, a meeting of the world’s 20 largest economies.

Most recently, in 2019, India was invited as a special guest to the G7, an elite group of mostly Western developed economies. These developments suggest that there is both a demand for India’s share in global governance and the realization in New Delhi that taking this responsibility is an Indian necessity. As India’s stake in global institutions and processes grows, so should its voice in the management of international affairs. Delhi needs to invest in consensus building and in support of multilateral efforts and solutions to address global challenges. To do this, India will have to work with constituencies that believe in multilateralism, such as the EU and other international institutions that defend and serve a rules-based order.

Finally, by the middle of the century, India will take on the mantle of the largest liberal-democratic economy. This designation will bring with it expectations and demands of the world. In other words, leadership will be forced on India whether it likes it or not. Delhi must now recognize that preserving the liberal international order will be in India’s national interest. It certainly works in India’s favor that it is still an emerging power. It is not burdened by the anti-incumbency sentiments that most of the major powers have to contend with. However, this period of opportunity is shrinking for India.

Delhi has already made it clear that it wants to become a ‘leading power’ in the international system. The question is, does India have the will, ability and ideas to do that? Great powers offer solutions and roadmaps for others. India as a leading power must rise to and implement this challenge, for its own sake and to help realize the global ambition of a better world. From a global perspective, India seems poised to take on this role.