The Emergency of 1975: 5 Books of Difficult Times in Indian History 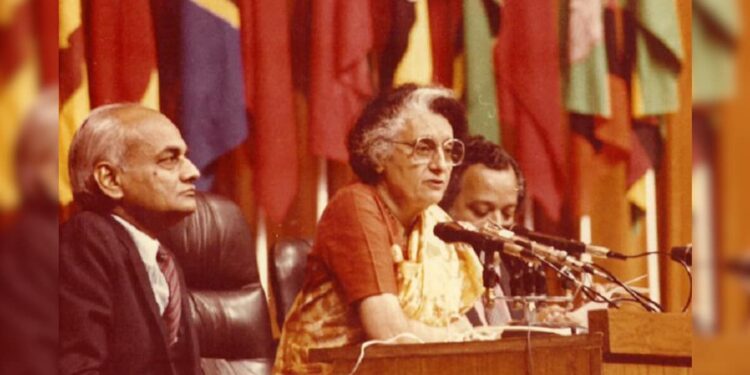 The then President of India, Fakhruddin Ali Ahmed, considered one of the most controversial periods in post-independent India, declared a state of emergency in the country on the night of June 25, 1975.

Journalists, academics and authors have written literature over the years about one of the most difficult times in Indian history as they explored the roles of Gandhi and her son Sanjay, among others. Here are 5 books that range from fiction to memoir related to the subject of The Emergency.

Midnight Children by Salman Rushdie: The iconic 1981 novel by British-Indian author Salman Rushdie is a scathing critique of Indira Gandhi and her son Sanjay’s “cleansing” of the slums of Jama Masjid and the excesses that characterized the emergency, narrated by protagonist Saleem Sinai.

Rich Like Us by Nayantara Sahgal: The niece of Jawaharlal Nehru who was a fierce critic of the Emergency and of her cousin Mrs Gandhi is the author of the novel and tells the story of two interconnected families in Delhi in the Emergency years. it follows the lives of two female protagonists, Rose and Sonali, and their struggle to survive in a time of political turmoil and social reorganization.

Emergency Re-told by Kuldip Nayar: First published in 1977 as The Judgment, and then in 2013 under its current title, the book was written by Nayar, who himself spent about seven weeks in prison during The Emergency. The book is a first-hand account of the period, starting with the 1975 Supreme Court of Allahabad ruling annulling the election of Indira Gandhi, until her decision to declare a state of emergency following the strike of 25 June by JP.

The Dramatic Decade by Pranab Mukherjee: The first of Mukherjee’s three-part series, the book covers Indira Gandhi’s years as a Deputy Minister. Mukherjee had an insider’s view of what was going on in the government, but the book is a bit cryptic, perhaps because of its political position.

Indira Gandhi, The ‘Emergency’ and Indian Democracy, PN Dhar: Published in 2000, it is the memoir of the head of the Prime Minister’s Secretariat during Indira Gandhi’s tenure. The book is an interesting account of the struggle between the PMO and Sanjay Gandhi, who allegedly wielded a lot of power even in the prime minister’s office.