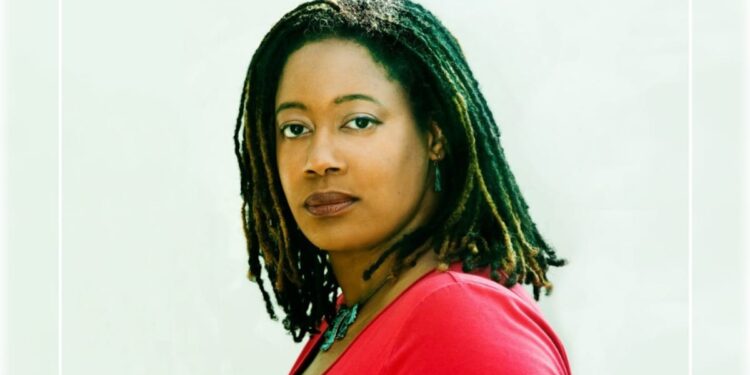 It’s not every day that a literary awards ceremony is completely dominated by women, but the Hugo Awards set a new precedent this year with women winning in almost all categories. Another reason why the Hugo Awards should be celebrated this year is that author NK Jemisin made history by winning a Hugo for the third time. This year she won the Best Novel Award for the third book in her Broken Earth Trilogy, The Stone Sky.

Jemisin was the first African-American woman to win this award in 2016 for her book The Fifth Season. The author also won a Hugo for The Obelisk Gate in 2017. On receiving the award, the author gave a moving speech.

“This has been a difficult year… a difficult few years, a century. For some of us things have always been difficult and I wrote the Broken Earth trilogy to speak about that struggle and what it takes to live “Let alone thrive, in a world that seems determined to break you. A world of people who are constantly questioning your competence, your relevance, your victories and existence,” she said.

Jemisin added that through her writing, she not only provides an account of the structural oppression of man throughout history, but also addresses her feelings about this particular moment in American history. During her speech, the author said she was happy that the genre has finally accepted the marginalized, albeit reluctantly.

You can watch the video here.

“As this genre finally reluctantly acknowledges that the dreams of marginalized matter and of all of us have a future, so will the world. Soon I hope. Very soon.” she said.

Jemisin also took the opportunity to shun her naysayers. Before finishing her speech, she said: “This is the year I get to smile at all those naysayers. Any insecure, mediocre wannabe, who fixes his mouth to suggest I don’t belong on this stage, that people like me they couldn’t possibly have deserved such an honor, and that when they win it’s meritocracy and when we win it’s identity politics. I get to smile at these people and raise a huge beaming, rocket-shaped finger in their direction.”

Hugo Awards, also touted as the premier award in science fiction and fantasy, had been going through a rough patch in recent years. As Guardian reported in 2015,Two linked online campaign groups, known as the “Sad Puppies” and their more politically extreme running mates, the “Rabid Puppies”, campaigned hard to register supporters and shortlist their favorite titles. They succeeded, Also: this year’s Hugos (i.e. in 2015) are packed with puppy titles.”

The puppies formed a voting bloc that propelled only white male candidates, hindering gender-based diversity in Hugo Award nominations. As a result, Hugo voters did not award prizes in five categories during the 2015 awards ceremony.

However, this year is an indication that things have changed for the better as Hugos were handed out in all categories. Besides Jemisin, Martha Wells won a Hugo for her Novella, All systems red and Suzanne Palmer won the Best Novelette award for The secret life of bots. The best short story went to Rebecca Roanhorse forWelcome to your authentic Indian experience and Best Series went to World of five gods, by Lois McMaster Bujold. You can view the full list here.